There are many people out there who are deeply distrustful of hybrids and plug-in hybrids. Indeed many folk think they are merely a knee-jerk industry response to stricter Government controls on overall fleet emissions. That’s a pretty unfair and cynical view considering the investment that the world’s automotive manufacturers have had to make to comply with rapidly changing world-wide Government demands regarding emissions. Certainly, for some businesses these ‘shorter range’ electrically assisted or supplemented vehicles have a role to play.

For instance according to figures from the latest Department for Transport (DfT) survey, half of all vans currently in use in the UK rarely travel further than 15 miles from their base on a typical day. Such vans are used primarily for carrying equipment, tools or materials, and the delivery and collection of goods locally.

The other half of Britain’s 4.1 million vans therefore travel regionally and nationally, a figure which includes the growing number of courier and light haulage firms who service the country’s ever increasing numbers of stay at home shoppers.

Given the current price of fuel, inner city emissions limits and changing business needs, fleet owners and van users need to look seriously at their current and future van use. Which brings us back to the choice of power unit in light commercial vehicles – petrol, diesel, mild hybrid, hybrid, plug-in hybrid and fully electric. The jury is still out on hydrogen. There’s no doubt it could be a cheaper and cleaner fuel, but it would need huge investment to create a supporting nation-wide infrastructure.

It may not be a popular thing to say, but a diesel van is still the most cost efficient vehicle when it comes to doing higher mileages.

With all of that in mind, if a ‘Transit’ sized van is needed for high mileage duty then they new Ford Transit Custom PHEV is not best suited, so don’t even bother looking at the price, just go for the diesel!

Some folk may not be able to see beyond the price tag of this latest addition to the range, but a business case can be made for it.

The majority of those 50% of vans which travel less than 15 miles from base spend most of their ‘working’ day parked up in yards, sites or outside places of work while tradesmen from the self-employed to individual members of a bigger firm’s working staff go about their various duties. Whether engaged in the building trade or installing computer networks, these vans are used primarily to transport personnel and their tools to and from the next job. Apparently, the average annual mileage of a van in the UK is around 13,000 miles per year. That’s not much more than the average commuter.

And this is where the Transit PHEV might just fit the bill. The 124 bhp one litre petrol engine is not designed for thrashing up and down the motorways (although it can!) and the 92.9kW electric motorised assistance is not a real-world replacement for a fully electric vehicle and big battery pack, but the combination is ideal for a tradesman living and working in and around large conurbations. Especially those with congestion and emission controlled areas.

Ford reckons an official all-electric range of 35 miles, although I did manage one fully electric 38 mile return trip without using the petrol engine. Overall range is calculated at around 310 miles, but by charging up the battery every time you park, a full tank of petrol will last a lot longer. Charging takes 4.3 hours using a standard domestic 3-pin plug, while fast charging from a Type 2 socket takes 2.7 hours.

There’s no manual gearbox, just an automatic unit with two Modes, D or L. The ‘L’ mode enables battery regeneration when slowing down and with practice the battery can be charged up ‘on the move’ although not as fully as plugging it into the mains. However, once the technique has been mastered the competent (or miserly) driver will be rewarded with a moderate increase in battery range as indicated by a percentage charge level on the electrical ‘fuel gauge’. It works well, although practice with the correct technique will help to ensure smooth progress as it could be bit ‘jerky’ for the heavy footed!

The upshot is that everyday running costs can be better managed so that the PHEV’s total costs of ownership (TCO) gets pretty close to those of a standard diesel auto van.

Ford have also included an option in the Spec List which utilises new-fangled ‘geofencing’ technology. When entering predefined areas such as congestion and low emission zones, the electronic sensors recognise this and switch the van automatically to electrical power.

Naturally all this comes at a price but discounting the 20% VAT figure and Plug-In Van Grant (up to £8000) brings the initial hair raising £47,000 price down to much more acceptable levels. And for that you can operate a brand new ‘clean’ vehicle in any restricted city centre or ‘clean-air’ location.

Otherwise it drives and operates like a ‘normal’ Transit Custom van. It may not be suitable for everyone but for the operator with modest mileage in mind and has a need for lower emissions to work in congested areas then this is well worth thinking about.

The same rules apply to the private car motorist who uses his car mainly for commuting but with occasional longer trips for holidays or visiting family and friends (Covid permitting!) so a PHEV could also work out more cost effectively for them too.

The test van had nearly £3000 worth of extras which boosted the price to just over £50,000 but the LED loadspace lighting (£180) is well worth the extra while the £1300 in-car entertainment system with SatNav adds another level of comfort and equipment. The Moondust Silver paint job, front and rear parking sensors and half height loadspace lining accounted for the rest.

But who needs a car when the Transit Custom has all the creature comforts of a saloon and thinks it should have the handling of a Fiesta? I could live with it – easily. 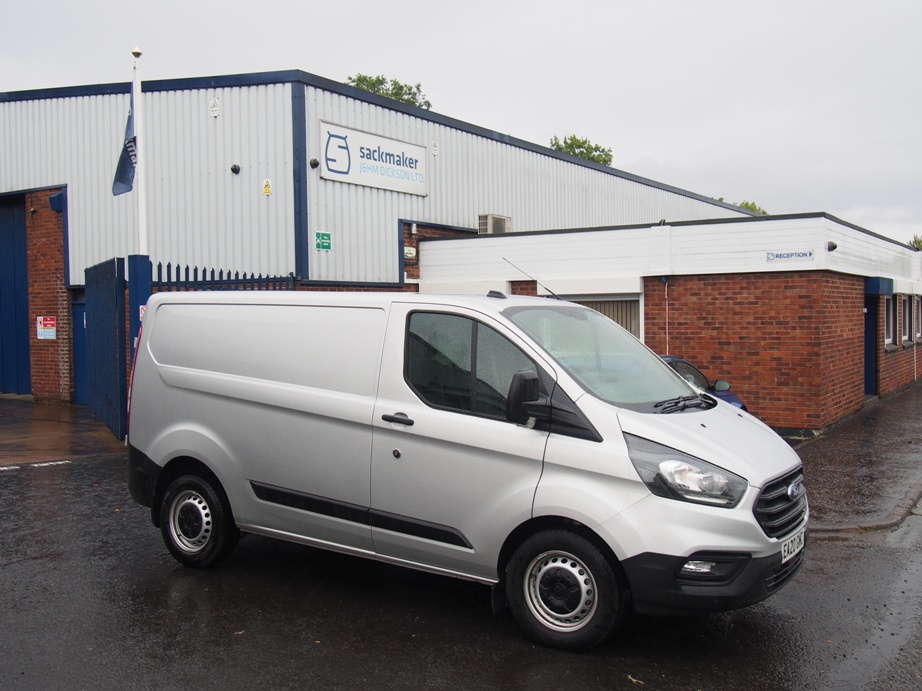