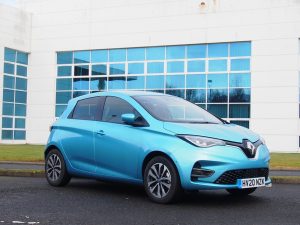 Electric cars are still regarded by many as a novelty. That view is really beginning to change now and it will continue to change. It has to. The Government says so. No more petrol and diesel new cars after the Year 2030. So much for freedom of choice, but then again, we know it makes sense.

On that basis since everyone buying a new car will have to go electric you might think the worlds ‘car manufacturers would have an easier time. They could spend less on design and development because we’d all be driving little electric boxes on wheels.

Not so, the car business doesn’t work that way. Everyone is trying to do the job better than their rivals. It’s a fiercely competitive business, just look at the numbers of marques which have failed to keep up and have disappeared over the years. 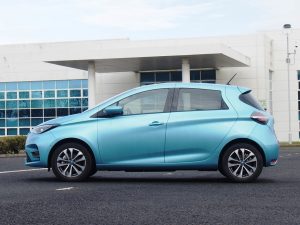 Design and engineering teams right across the industry are continually looking at new ways to ‘package’ their offering to appeal to as many people as possible. For instance, look at the growth of the SUV sector, not just big SUVs, but small and compact ones too.

In the same way, the look of the machine has to be attractive and appealing. Ugly cars won’t sell, even if they’re cheap, so buying an electric car is going to be just as heart and soul stirring as buying any other car and the manufacturers are wise to this. They know a good looking car will pull the punters into the showroom – or on to their website, as seems to be more and more popular these days!

Cars not only have to be cute, handsome, sexy or svelte, they have to be practical, comfortable and reliable, and the shift towards electricity is already making that a primary issue. Electric motors are smaller and less complex than combustion engines so that saves a bit of space and weight, although the battery packs tend to be a bit bigger and heavier than fuel tanks! You win some, you lose some. 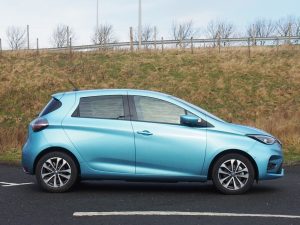 In all other respects an electric car is every bit as recognisable as an automobile as any other currently on the roads. They are also quick, quiet and comfortable whilst the technology also lends itself well to the switched -on generation with its connectivity, and ultimately, automated driverless control.

It won’t be long now till all driver controlled vehicles are museum pieces or collectors follies and grand children will be asking grandparents: “What? You had to steer the car by hand using a wheel inside the car? You had to use a stick on the floor to change gear? what’s a gear? And there were three pedals, but you only had two feet? It sounds awfy complicated.” 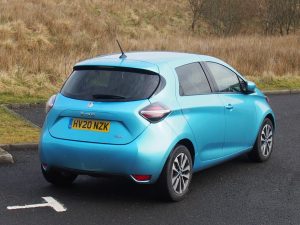 In the meantime, Renault and its partner Nissan, are at the forefront of this change and the latest Zoe marks another step towards public acceptability. This latest R135 with its 100 kW motor has a realistic range of over 200 miles and if driven sensibly could provide up to 238 miles on a full charge. There is an 80 kW version, the R110, which provides a slightly better range of up to 245 miles with less power, but really, in a country where the maximum speed limit is 70mph and commuting times are getting longer due to traffic density, that still provides a decent turn of performance for the commuters, shoppers and the school run.

The test car was the R135 version and given Renault’s reputation for good handling small cars, the Zoe doesn’t disappoint. It has a sub 10 second 0 to 60 time and will top 85 mph. Although the temptation to enjoy that will be determined by how often you want to stop and charge it up. 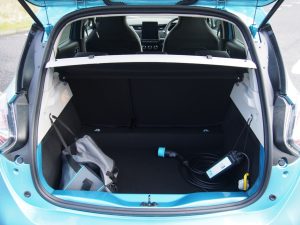 Up till now, re-charging times have been a big disincentive for choosing electricity but improvements are being made all the time. A full charge will take approx 50 minutes using a Rapid Charger while an 80% fill should take less than half an hour – time for a coffee and a bun!

Another pleasant surprise is the cost. A full tank of petrol or diesel will cost anything from £60 to £90 but a full charge of electricity depending on where and when it is charged up should be around £8.50, unless there are still some free public chargers about!

As it stands, the Renault Zoe is an attractive and comfortable car. In other words an ideal introduction to the world of silent electrical motoring and to take some of the fear out of electrical ownership. 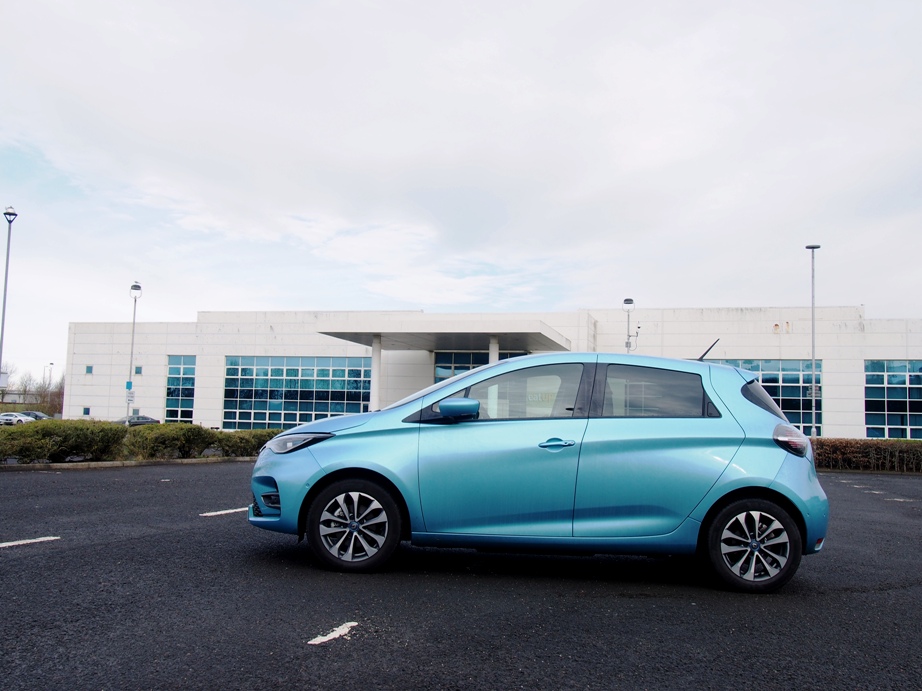