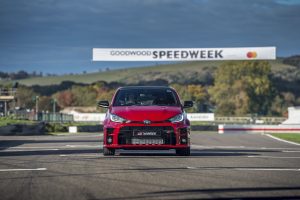 Toyota has got its mojo back, and it’s good to see. 25 years after its World Rally Team got a severe rap on the knuckles, the arrival of Tommi Makinen has provided a blast of fresh Scandinavian air. At the present time the Toyota Gazoo Team and Elfyn Evans are on the cusp of history. Could a Welshman be added to the WRC Champions roll call which already lists a Scotsman and an Englishman?

Whatever, Toyota Gazoo’s success on stage and track is now being transferred to its road cars with Toyota doing a bit of ‘reverse engineering’. The company is turning a motorsports car into a production vehicle. 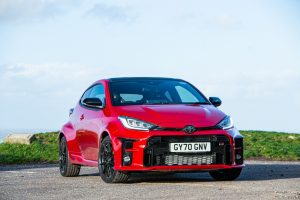 The company has introduced the GR Yaris which has been developed directly from it’s World Rally Car featuring a specially developed platform, a new 1.6-litre, three-cylinder turbo engine producing 257bhp and 360Nm of torque, and it’s ‘GR Four’ adjustable all-wheel drive system. Weighing just 1,280kg, it can dispatch the 0 to 62mph dash in 5.5 seconds. That kind of puts the heat into ‘hot-hatch’, eh?

On one of his recent enforced ‘day’s off’ Elfyn Evans debuted the car at Goodwood SpeedWeek. “It’s great, it’s a whole load of fun and really does feel like a rally car in miniature,” said Elfyn.“I’ve driven some hot hatches in my time, but not a ‘homologation special’ like this and I can tell you I am very, very impressed. It’s a kind of a raw driving experience, but the great thing is it’s a car you can use day-to-day, then play with the settings to make it like a genuine rally car.”

“There’s loads you can do to set the car up for yourself,” he added, “that’s one of the things that really surprised and impressed me. Toyota has really tried to bring in elements from the rally car and it’s worked. And on top of that, the power is very, very impressive from such a small engine.” 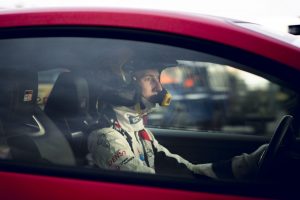 Commenting on the Goodwood experience, he said: “A twistier stage would have let us find out more about what the car can do, but from the drive I had it is fantastic. There was one section of the rally stage where you had to come in and drift the car in a 360-degree donut. The first time, I didn’t know what to expect. I yanked on the handbrake and it drifted perfectly – I was so happy I could still be there doing it now.”

Displaying another nice touch of loyalty and team thinking, both Kris Meeke and Jari-Matti Latvala were closely involved in the GR Yaris prototype testing.

Kris Meeke said: “Our first time testing was on frozen lakes in Finland and driving on the ice with studded tyres, you really got to feel how nimble and responsive the car is. You can manipulate it and play with it and it gives an incredible driving feeling.” 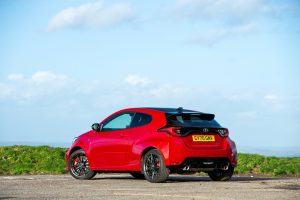 “With GR Yaris they were even able to change the roofline. It’s 95mm lower at the rear, which means you can put a big wing on the back, improving the aerodynamics. You can also see the work that’s been done with the front bumper, with a big air intake for engine cooling.

“The car’s very light weight gives it an impressive punch and it feels so nimble when changing direction, all due to the lightweight components. The engine is a completely new design producing 257bhp and around 360|Nm of torque, so it’s impressive – but all the more so when the car is built with such light weight. In fact, the engine is a lightweight component itself. So with all these things taken into consideration, the power-to-weight ratio is around 200 horsepower per tonne, which in this car’s segment is pretty impressive.”

“Having a car like this, small and lightweight with its own, unique platform, it’s obvious everything has been optimised for ultimate road handling and you can certainly feel that when you drive it. Having independent suspension at each corner maximises the traction and the forward motion, which what is what a performance car is all about. Coming from a rally background, this car can adapt to all conditions.”

Jari-Matti Latvala added: “The roof is made of a carbon polymer and the aluminium wings, tailgate and bonnet also reduce the weight quite a lot compared to steel. The car weighs 1,280kg and with the more power you have, the better the acceleration. It’s the best combination – a lot of power in a very light car. In fact it’s pretty close to the World Rally Car, with its throttle response and handling – about the closest you’ll find on the street today.”

“In normal driving, the car runs with 60/40 front/rear torque distribution. Then there’s 50/50, which for me is right for driving on ice and gravel with equal torque for the front and rear axles. The 30/70 split is what I’d call track mode – when you want to get the car to turn into a corner, you want the extra rear axle torque. It’s actually the same as we have in a Yaris WRC on rallies.”

“The car is very, very stable and the stiffer suspension gives you a good feeling as you turn into a corner. In a pure performance car, the details need to be exact, because in rallying and racing it’s the details that make the difference.”

“The gear ratios have been really carefully considered. The ratio plays a big role when you’re accelerating out of corners, so you will always be playing with them to get the maximum performance according to the conditions. In GR Yaris this has been carefully thought out because they need to fit with the characteristics of the turbo engine.”

“The GR Yaris Circuit Pack is as close to the Yaris WRC as you can get without joining the rally team. The Torsen limited-slip differentials give optimum torque distribution on the front and rear axles. They give you smooth forward acceleration and stability, as all four wheels are rotating at the same time, so there’s no pulling to the side. Coming out of a corner, the car doesn’t begin to over or understeer, it will hold the optimum line you want to take. “The suspension is stiffer, making the car very stable in corners and easier to control. It makes the car more agile and it’s definitely faster.”

And since they both agreed that: “It’s about the closest you will find to a World Rally Car on the street today,” who would argue? 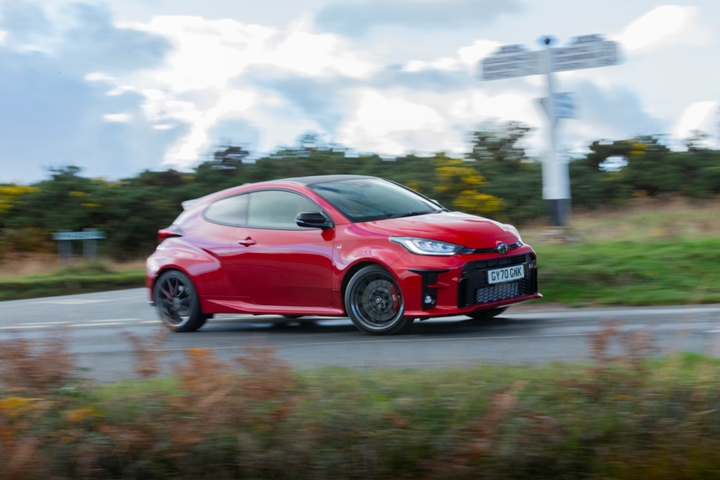