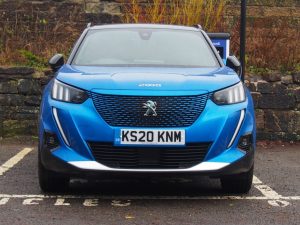 From a technological point of view personal road transport is getting really exciting with the rapidly advancing switchover from fossil fuels to electricity. This will be the biggest shock to UK culture since decimalisation day 50 years ago this month – only a bit more complicated.

It seems that the introduction of each new electric model brings something new to the motorist. In the case of the Peugeot 2008 EV, it’s the mesmerising dashboard 3D i-cockpit display. 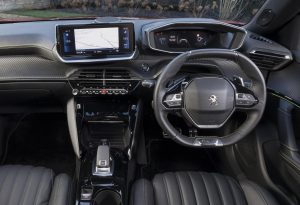 The main info panel behind the small steering wheel is reminiscent of a game controller. The two ‘wings’ on either side of the display resemble handles, but it’s the ‘floating’ speedometer and gauges inside what looks like an empty dark vacuum which are most intriguing, seemingly suspended in mid air. In other words, it’s magic!

It’s not just the gimmicks, this is a mighty impressive motor. It has everything you would expect in a ‘normal’ SUV styled car. Five seats, five doors, a decent boot and plenty of room to rummel around inside.

All the controls will be familiar to most motorists, but for those who have not experienced a fully electric automobile (away from the golf course that is) that is where the familiarity ends.

Unless your future use comprises mostly short journeys there will be a new phenomenon to experience – range anxiety. You can’t just pop into a service station any more for a top up, you have to plan ahead. 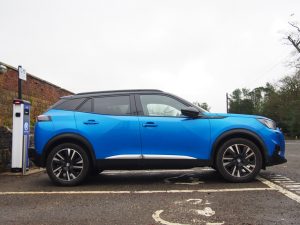 However, the new 2008 EV comes with a claimed range of around 200 miles so it does show that the technology is improving, although to make the most of it will require a new approach to driving. You can’t just thrash around with lights, wipers and heaters going full blast and expect to reach Inverness from Glasgow without having to stop for a quick boost. And you can’t just plug into one of the huge pylons striding across the Highlands, you have to look for a public charging point and that is where the difficulties lie.

For sure things are improving on this front, but fast enough? I’m not so sure. On that basis a home charger is a must for anyone buying an electric car.

Although the nationwide network of public chargers is improving by the week, they still fall well short of the number that will be required as electric vehicles become more popular and populous on our roads. 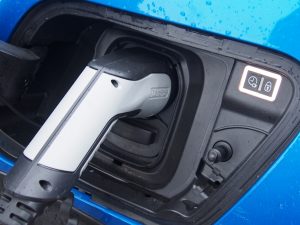 Smartphone ‘Apps’ are a big help, but not always accurate. I turned up at my usual public charge point and found that one of the charge points was faulty, and therefore out of service, while a van and car were hooked up to the other one. Luckily I had enough charge to drive to the second one of my local three. And if such pre-trip plans are scuppered in the middle of a planned longer trip it could be much more problematic.

The other issue is queuing. At a filling station with vehicles taking around 5 minutes for a fill-up, even a long queue is tolerable, but if there is a queue of cars at a charge point, you have no idea how long you will be there, 3 minutes, 3 hours – or 3 days! 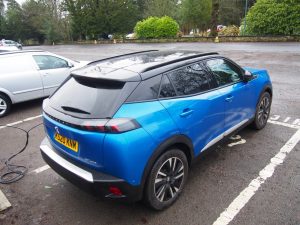 There is no doubt that the availability of public chargers will continue to improve and the roadside service stations will continue to provide suitable stopovers for motorists. But it needs the Government to get behind this and quick otherwise we’ll all be sitting in the middle of nowhere in dead cars. And then there’s the issue of generating capacity. Can all these windfarms cope with millions of cars and vans all plugged into the grid at the same time as the nation’s kettles, TVs and computer games?

And that really is the only drawback to electric vehicles. As for the Peugeot 2008 it is quick, comfortable and eerily quiet. Top speed is in excess of 90 mph and it’s pretty quick off its mark, so there is no compromise in performance. It’s also a good looking car to have sitting in your driveway and will doubtless impress the neighbours.

Of course, times and tastes are changing and much as I hate to admit it, electric cars have a lot going for them. Despite the current range issues I reckon I could enjoy and just about live with a 2008 EV sitting in my driveway.

Not only would it impress the neighbours, I could feel smug about my emissions, or lack of them! 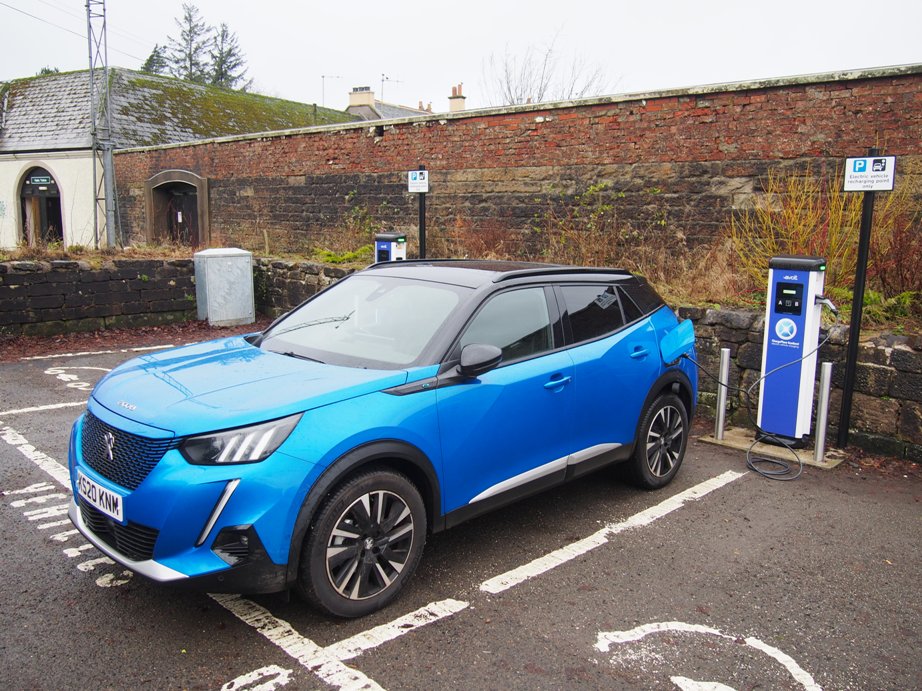