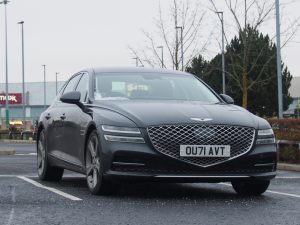 There is a new member of the Executive Club. It’s called the Genesis G80 and given the specification, it comes with a very reasonable membership fee. This is not the latest offspring from an established member of the club, this is a brand new entrant. Admittedly it comes from the same group as Hyundai, but this is the posh branch of the family!

Hyundai have tried awfy hard to make this appeal to the upmarket buyer and going by the style and the fit and finish they have done just that. The specification and price list combined should also put this on folk’s potential shopping list. 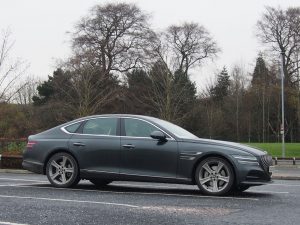 Genesis may be new in this country but it has already been well proven and established in Korea and joins the other ranks of new executive contenders like Lexus and Infiniti which have been giving the more established European prestige brands a hard time in recent years. And Genesis looks as though it is just going to make this marketing segment even harder.

But it’s the kerbside appeal of this car that instantly grabs attention. It is different. It’s striking looks are almost on the bling side of acceptable, but it doesn’t half make a statement. 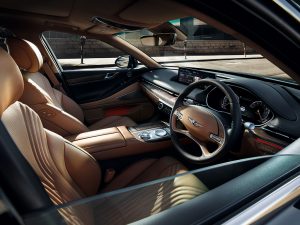 Things are even more impressive on the inside. The interior design, materials and quality are more than a match for anything already out there although the Premium Line ‘cheaper option’ uses a ‘leatherette’ upholstery in contrast to the quilted real leather of the Luxury version.

And therein lies another attraction of this big car. Although prices start at a modest £38,000 or so, ‘building your own’ as the configurator on the Genesis website invites customers to use can more than double that price. Even so, the top spec final product with all the extras will still undercut just about all of its rivals. 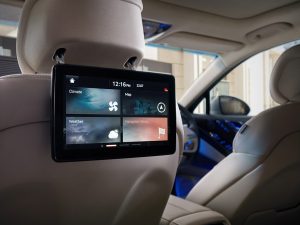 At the lower end of the price scale you still get the looks, just not the toys. For instance, if you specify the Nappa leather luxury finish, the car comes with a pair of front massage seats. Additionally these seats automatically firm up the side bolsters when you switch the car into ‘Sports’ mode. In fact, the more you delve into the Options List the more you can spend on the car so a little bit of self control and prudence may be required!

For instance, the £3,900 Innovation Pack includes a number of additional driver aids which may or may not be wanted but the only way you’ll get the Blind-spot View Monitor (BVM) is by specifying this additional pack. That alone is worth having from a safety point of view, but it’s a serious price to pay for such a practical gadget. When you operate the right hand indicator, the outer dashboard dial converts from speedo to rear offside vision camera view while the left hand indicator opens up on the nearside rear vision view in the circular rev counter dial. Gimmicky perhaps, but actually very handy in everyday use.

Less appealing is the ‘Command’ dial in the centre console. Unlike the easily graspable raised, knurled gear Selector dial, the Command dial is recessed and rather more fiddly to operate. No doubt the idea was intended not to confuse the driver but it wasn’t one of my favourite features! 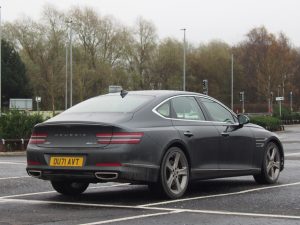 Similarly, the price you pay is reflected in the chosen engine spec. with the cheapest option having the 206 bhp 2.2 turbo diesel engine in the RWD machine while the AWD test car had the 300 bhp 2.5 turbo petrol unit. Even with that amount of power, these are not quite what could be called sporting saloons. Yes, they are quick in a straight line but the handling will appeal more to those of a more leisurely persuasion seeking a bit of comfort and relaxation on their drive rather than a trigger for their adrenalin pumps and a need to blow the cobwebs out of their more lethargic lifestyle.

Overall this is a thoroughly likeable luxury car with plenty of room for 4/5 and a big enough boot for the far travelled. If fuel economy is important, go for the diesel with 40 mpg plus compared to the petrol which is claimed to be 30 mpg plus, although I barely managed to average 29!

If you want to be different and stand out from the neighbours or your colleagues, one of these in the drive or company car park would do the trick. And it’s not just looks, it goes well and provides all the ambience and comfort that an over-stressed workaholic needs at the end of a busy day. I really did like it. 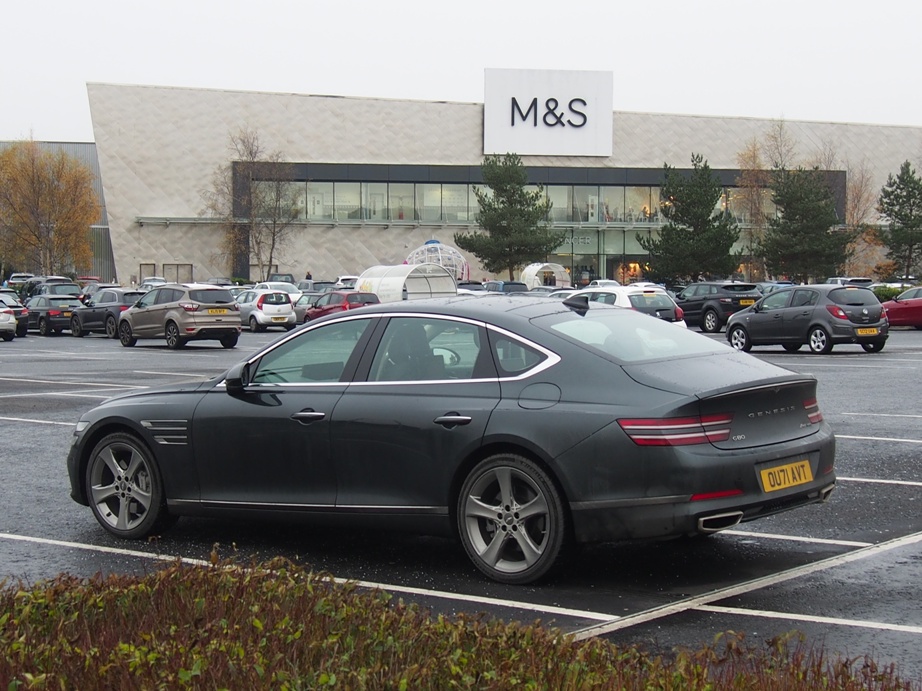