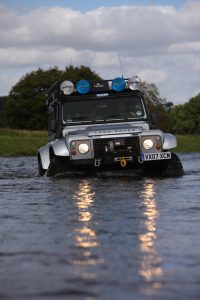 Just over ten years ago my Big Pal Jaggy got his mitts on the ultimate vehicle as befits a man of his stature and standing in life. The Land Rover Bigfoot. Very few people outwith the LR team have ever driven it, so to get the opperchancity was rather special. One assumes of course that the LR folks recognised the unique and regal position that Jaggy holds in the big wide world of Scottish rallying.

Looking like the love child of Katie Price and Arnold Schwarzenegger after a night of raw meat and Irn Bru, this metallic spawn of Satan is bigger than a house. A bigger than life-size Tonka toy for grown-ups.

The very thing to inspire neighbour envy when parked up in your drive, that is, if it’s wide enough. It’s also ideal for the weekly shop. If you can’t find a parking space, just make your own.

It was often used by the engineering team at Land Rover at events in the jungles, deserts and snowfields of the world supporting the ongoing test and development programme for ‘standard’ machines – and occasionally at Press/Media events. The boys in this beast were a bit like International Rescue ready to liberate stuck vehicles or stranded motoring journalists whose ambition exceeded their talent, or in some case, common sense! They were ready, willing and able to reach the parts that other 4WD vehicles couldn’t. 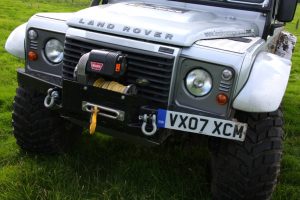 David Sneath was head of product development at Land Rover at the time and this vehicle was the result of his team’s efforts. It was as much a team mascot as it was a working tool and after spending a day with it I can understand their attachment to this chunky Meccano set on wheels.

It’s hard to miss. It towers over any other Land Rover, and that is due to the two inch chassis lift at front and rear and the fitting of 38 inch wheels. That means the driver sits some 14 inches higher than in a standard Defender.

The chassis lift itself is straightforward using spacers on the suspension pick-up points, although new shock absorbers had to be made for it while the wheels and tyres were imported from the States. These are not just for show. The rims are bead lockers allowing pressures to be dropped to as low as 2 psi for driving on soft boggy ground or snow without spinning the tyres on the rim. You could even drive over demonstrating ‘eco warriors’ lying down in the road without hurting them. 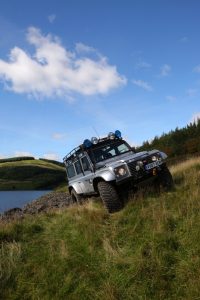 And with plastic wing extenders front and rear to cover the huge tyres, these are the only obvious signs of the ongoing development work underneath the skin. Not to mention the skeleton outside the skin. Given the compact interior dimensions of a Defender, it’s understandable why they fitted the roll-cage around the outside!

More is apparent inside the cab. An array of additional switches and controls are needed to operate the crawler box transmission with front and rear air-locking differentials, winches front and rear, plus extra spot lights and a satellite phone for use in remote and wild locations.

Otherwise the vehicle is remarkably standard, and there is a reason for that. David and his team had been allowed to do anything they want to the vehicle, as long as it could be re-converted back to standard spec and sold on at the end of its working life. In other words, anyone can build one of these.

There are a couple of drawbacks though. It’s wider than a Transit full of elephants. Secondly, it is not the most precise thing to drive on the public road. Even with power assistance, steering those big fat tyres is a bit like wrestling with a wet crocodile until you get used to it, but it’s never relaxing.

So why drive on the road? Because you can, but you can also drive anywhere else you like – through hedges, across fields, over bogs, and don’t let rivers stop you either, this thing thinks it’s a hippopotamus. According to David Sneath, the electrics had been modified to cope with wading depths up to 1500 cm, although it has traversed deeper rivers than that!

In these sort of conditions, the Bigfoot is in its element. It is virtually unstoppable. As long as you are in the right gear it will climb over anything, even a banker’s bonus. And there is something weirdly unnatural about climbing a rocky slope, while reclining almost on your back, watching the sky inch towards you as trees at odd angles slip slowly backwards on either side. It’s a bit like rocket travel, only a helluva lot slower. 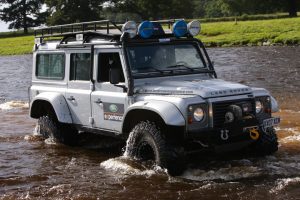 It’s even worse going down the other side, hanging from the seat belts like a side of beef on a hook in a butcher’s shop. Thank goodness the diesel engine has the standard anti-stall system.

The trouble is, after a bout of terrain conquering travel with confidence levels high, the novice driver has to be wary of becoming over-confident. This thing can take the eedjit driver anywhere, but will he have the skill to get it back!

There is no such thing as a traffic queue in this thing – you’d just drive over the top of them. Nor does it arouse jealousy or anger amongst other road users. If their mouths are not agape in astonishment they are grinning from ear to ear in appreciation and amusement. Even ‘the greens’ left us alone thinking it looked more like a bog crawler than a Chelsea tractor.

Price? Difficult one this, because it’s priceless, but David reckons the team spent upwards of £40,000 on the bits to make this unique vehicle. But due to the way it was done, they could all be taken off again and sold on, and the standard vehicle put back on the company’s books.

So why did the engineers at Land Rover build it? Because they can.. 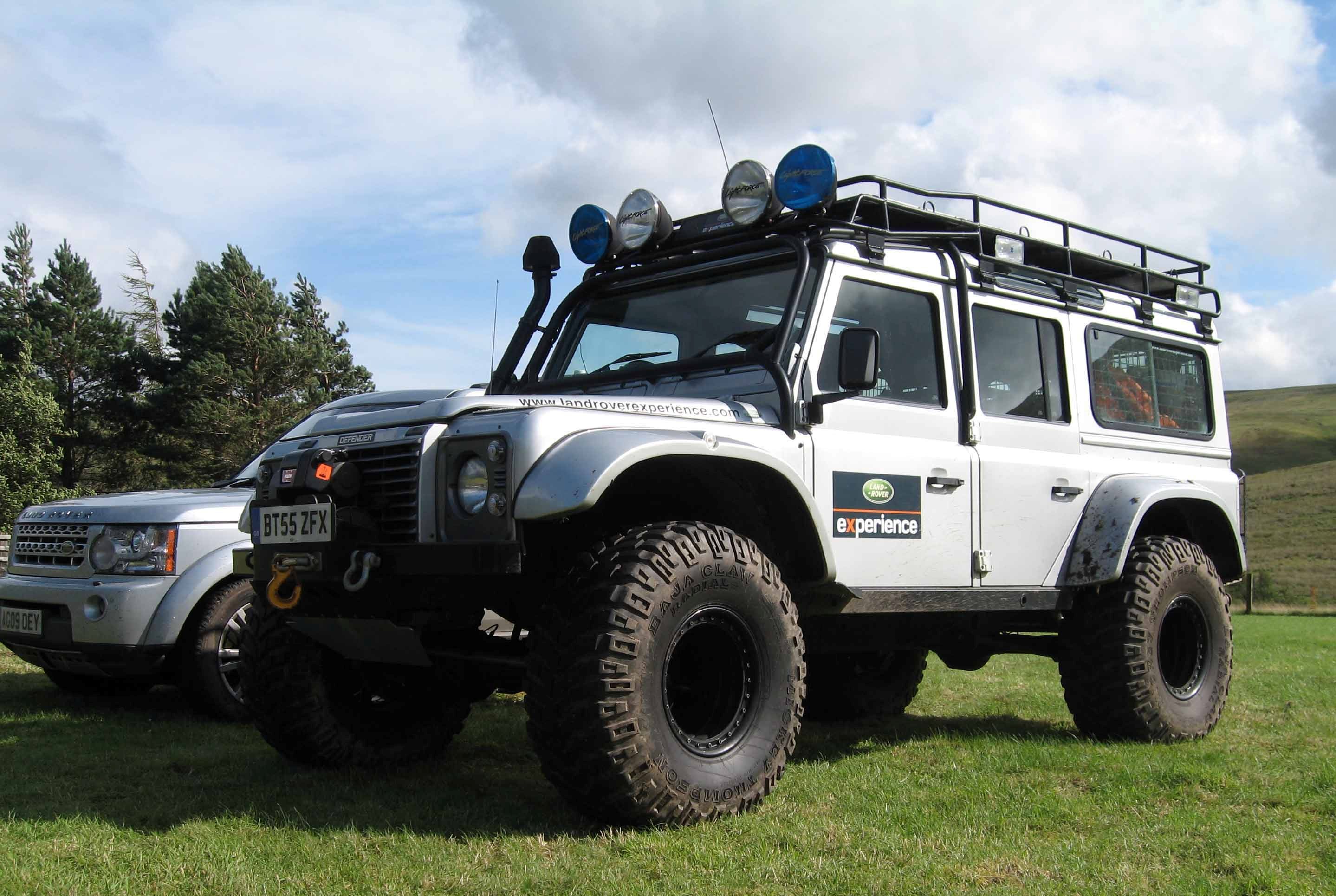