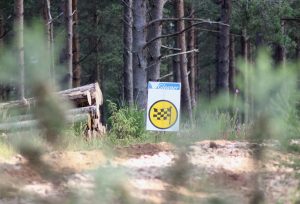 As if it didn’t need it, here’s a couple more teaspoonfuls of petrol for the fire. Already the organisers of Sunday’s (18th) ‘Save Scottish Rallying’ meeting at Stirling University (from 1.30pm) have been swamped with responses and ideas both sensible and fanciful.

Motor Sport should come with a Wealth Warning. Anyone who is attracted to the sport and thinks it’s going to be ‘cheap’ should shut this page down now and turn to summat else, like Tetris or speed embroidery. Motor sport is not and never will be ‘cheap’. Anyone who does take up the sport must therefore participate at the level they can afford.

Bearing that in mind, the first question that has to be asked is, what does any individual want from the sport? Enjoy driving and a bit of speed? An absorbing break away from work, or the adrenalin inducing thrill of competition? Is it simply about taking part, or winning at all costs? Be careful what you wish for.

It is said that stage rallying is all about man/woman and machine versus Time and Mother/Father Nature (political correctness is another issue, eh?). Pitting one’s self and machine directly against others adds another element to the mix, competition. This is where the costs can escalate quicker than a turbocharged flat four. At this point there are those who will opt out of the sport on the basis, if they can’t win they won’t do it.

For example, some front running competitors will retire from a competition or a series when they can’t win claiming they’re saving their budget for next season. Understandable given the costs of competition at the top level, but their withdrawal from an event or the sport (however temporary) has a much wider impact. Reduced entry numbers means events might not be viable and that impacts on the clubmen, midfielders and tail enders who otherwise supplement the entry lists event after event, year after year. Where would the BRC be without its ‘club’ support, and that applies equally to other national and regional championships.

With that in mind, how do we protect, advance and promote the sport while somehow trying to control the costs. Some things we can do just now, others will take longer. The recent relaxation of the rules on seats and safety belts is a case in point, but surely that’s just a start and should be considered ‘work in progress’.

Perhaps an essential requirement amongst those attending next Sunday’s meeting is open, rather than closed, minds. Not all views and opinions can or will be agreed and implemented. A list of workable aims and achievable hopes might well be the best outcome.

If everyone has their own ideas and refuses to accept or consider those of others then the meeting will be for nothing. Compromise is an ugly word to some, but it is a necessity in any democracy – witness the Euro/Brexit debacle, and these are ‘professionals’!

There is another serious threat on the horizon. Motor sport is an easy target for environmentalists and climate change activists. It s far too easy for some folk to point a finger at race and rally cars and make wild and spurious claims, whilst neglecting the impact that all other mass sports have on transport and fuel consumption.

Motor sport is an easy target because the means of competition uses fossil fuels. Onlookers and critics prefer to ignore that other mass sports like football, rugby, athletics, winter sports and the Olympics rely on fossil fuels every bit as much as motor sport does. How do these teams and athletes, not to mention their fans and followers, get to and from events – by plane, train, bus and car. They have a bigger impact on fossil fuel use than motor sport.

Even cycling – just look at the numbers of support trucks in service parks and cars that run ahead, alongside and behind the cyclists on the major events with cars, vans, campers and motorhomes full of fans lining the roads. They don’t run on vitamin gel and rubdowns either.

Nope, unless we stand up for our sport and prepare a positive defence we will be engulfed by cardigans and trampled under sandals. Personal transport is changing and getting cleaner all the time and yet there are obvious (to some of us) dilemmas ahead. The Government is pressing ahead with their desire for ‘cheap and green’ electricity. There is no such thing. Harvesting and storing natural resources requires new technology and even more machinery. In many cases exotic and expensive-to-source materials are also needed, especially for batteries. It will be interesting to see how motor sport adapts and adopts.

On a personal point, the present Motorsport UK Media Accreditation Scheme is not fit for purpose. It puts off professional journalists and photographers rather than attracts and encourages them. If motor sport, particularly rallying, is to have any future at all then it needs a knowledgeable and enthusiastic Press. Not only to promote and publicise our sport but to counter the fibs, fiction and nonsense perpetrated by those who know little better on social media, or as the greatest social media activist of the day would have it, ‘Fake News’!

Already the rallying auld farts are muttering in their dotage “We’ve seen the best of it” and perhaps that’s true – Twin Cam and BDA, Mini and Imp, Escort and Chevette, Stratos and 6R4, Clark and Pond, McRae and Burns, Mikkola and Vatanen. The list is endless. It’s up to the current generation and those attending next Sunday’s meeting to prove them wrong.

If this meeting achieves nothing more than drawing attention to the sport’s governing authority that the natives are restless, then that alone will be worthwhile, but the potential is so much more.

Hopefully gathered in one room with one topic, ‘Saving Scottish Rallying’, some worthwhile ideas can be presented and discussed, plans made for the future and hope generated in hearts and minds. The alternative is to wait for others to do something and then criticise them for it. That’s the easy way, It’s also a dead end.

Time is running out, and there is no penalty free lateness.

There will be an opinionated column in next week’s ‘Motorsport News’ (Wed 21st) after the meeting – and who knows there might even be an expanded version in a certain on-line mag afterwards!

Meanwhile here are a few topics that might be worth considering, no doubt you will all be able to add some more: