Q: It’s not only the licence holders we’re losing, but the new ones we are getting are older generation competitors interested in Historic sport, and we are not attracting enough newcomers, new blood, youngsters.

Correct, you’re absolutely right, it’s in the demographics, and karting is probably the one that is most worrying. We have just gone from 6,000 licence holders ten years ago to 3,000, so its halved, and so we have put a lot of effort into karting, but it was very clear to us that if we didn’t do anything about this, the sport was going into a fairly rapid decline.

The biggest problem is that once you get to a tipping point, particularly in the regions, you get clubs that no longer have enough members to make it viable, and race meetings which are no longer viable with enough entries to cover the overheads, so your permits are suddenly going to start to decline and your revenue base stars to vapourise. Suddenly the governing body is up the swanny.

So that was the short term immediate problem, and then you’ve got the bigger long term question which is about the role of the automobile in society with autonomous vehicles, different power trains coming down the line, and kids today probably not owning their own cars. Nobody tinkers with an ‘A’ series Mini any more, you just plug it into a 3 pin socket.

So we need to be strategising and thinking about what is the wider role of motor sport in society moving forward, otherwise we’re going to get left fielded and become a victim of circumstances. We’ve got to lead, working with government, working with industry, and figuring out what is the future of the sport.

I’d already begun at the beginning of last year (2018) to work with David as a Consultant to start to think about the strategy for the sport and for the organisation and it was through that process, the nominations committee selected me as the new CEO.

I started at the beginning of November so it’s only just over two months since I’ve actually been in post, but I had a running start. A week after joining we changed the name of the organisation and rebranded it. There’s nothing particularly clever about it, it does what it says on the tin, as they say, but it gets us away from a 3 letter acronym (MSA) which is sort of indicative of a typical government department, you know the DfT, DVLA, that sort of thing. You always sort of imagine ministries having 3 or 4 letter acronyms, so we wanted to be Motorsport UK. It’s who we are and what we do.

It gave us an opportunity to have a ‘mindset’ change within the organisation and have a bit of a shake up. Quite a lot of people have already left for a variety of different reasons and we’ve brought on some new people, some exciting new people We’re recruiting at the moment for a raft of very important roles, general council, safety director, head of events and so on and so forth. Over the next 6 months you’ll get a lot of fresh thinking and fresh impetus coming into the organisation .The crux of it is that we’ve got to get back to the grass roots of motor sport in this country and what makes it tick.

For whatever reason, far too much effort has been expended on the ‘elite pathway’. I’m not saying we should not do that, we should celebrate this year, we’ll have four British drivers in F1 which is extraordinary.

Q: But we need to attract new blood.

Correct. We’ve got 30,000 licence holders in this country and if there are 50 drivers earning a living out of motor sport driving racing or rally cars then I’d be surprised. By definition, the vast majority of the sport is comprised of people who pay their own way, or their company pays for it, but it is low level budget driven fun on four wheels. People who want to go out at the weekends and have a bit of a laugh in whatever discipline might be their thing.

We should be promoting autotests and autosolos, hillclimbs, sprint events, autocross. All those wonderful ways of having fun on four wheels is absolutely what we need to focus on. We need to reduce bureaucracy, reduce the barriers to entry and both the costs and legislation.

Q: Could we do something about the complexity and cost of safety rules?

One hundred per cent. Clearly safety is something we have to tread carefully with, for all the obvious reasons, not least of which insurance, and with the FAI in Scotland and all of the consequences of that. The response that we made at the time to introduce the Rally Future programme was probably overdue but certainly welcome.

Q: Did the sport over-react, or perhaps was forced to over react?

Yup, I think that’s right, but the point about it is that we need to look at safety in the proper context and the strategic context of the health and safety of the sport. If you went to the ‘n’th degree with safety and said were going to wrap everything in cotton wool, going to make something absolutely accident proof, you’d never get any motor racing. It would be completely costed out of reality and would be unaffordable to do it. 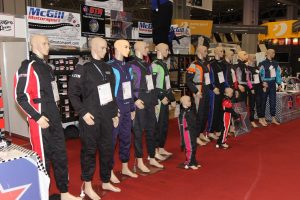 By its nature there is a degree of risk, and it is manageable risk. The best way to illustrate that is, if you’ve got a marketplace for crash helmets we should be stipulating that there is a certain level of crash helmet needed, and maybe it will cost you £200 because that in the safe interests of the drivers. However, if you want to pay £3000 for a helmet that’s your decision. So we need to set the benchmark and the base level at the appropriate level that is safe and is appropriate, but not put the onus on to the competitors that they have got to spend too much money.

The change in regulations around seats and belts , is just plain common sense. This again comes back to that bureaucratic mindset which is that it’s safer to actually err on the conservative side and let the rule book dictate everything that you do and all your actions, rather than looking at the bigger picture which is the health of the sport. If we don’t make sure the sport is sustainable and that it’s growing and that new people are coming into it we won’t have a sport so we’ve got to have an overall strategic vision and then marry that together with the practicalities of insurance and safety and so on and so forth. Those two things have to work hand in glove.

Kate Adamson, the former Safety Director was highly competent, but she has left for personal reasons, so were now actively recruiting for a new Safety Director and clearly we’re looking for somebody who gets that right balance of absolutely having the right level of safety to make sure that the sport is appropriate in its response but at the same time doesn’t kill the goose that lays the golden egg.