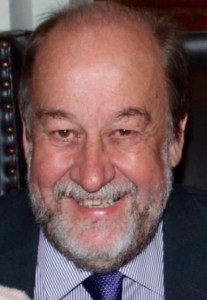 Another sad day for Scottish rallying. Kenny Stewart passed away at the weekend in Perth Hospice after a ten year fight with cancer. Many of the current rallying generation may not recognise the name, but the mention of his name to the older generation will be greeted with a roll of the eyes.

Kenny’s father had a building company with Kenny founding his own plant hire and construction business before latterly concentrating his attention on developing plots and building houses in and around Aberfeldy.

Like many others, motor sport provided a complete escape from business. He started rallycrossing in the mid 1970s with a Mini before doing a deal with Tony Drummond to build an Escort BDG. He only did a few events with the car before switching to rallying and contested a couple of events in late 1977. Apparently the car was known as ‘The Spaceship’ by Jim Carty and Charlie Nichol who described his forest rallying driving style as “he thinks he’s still rallycrossing!”

The following year he finished 15th o/a in the 1978 British Airways/The Scotsman Rally Championship in a Ford Escort and only contested a few events in 1979. For sure, there was talent there even if it lacked finesse.

In 1980 he returned with a Talbot Sunbeam and finished the season with 15th o/a in Division 2 of the 1980 Scottish Rally Championship.

In actual fact, the Sunbeam didn’t last too long. On the John Wilson Bedroom Stages Rally the car struck trouble in Devilla Forest with Kenny managing to reach service in the lay-by just to the south of Kincardine Bridge. When the service crew turned up and lifted the bonnet, Kenny started the engine up to let them hear it. Whereupon the dipstick blew out of the engine, hit the bonnet, narrowly missing the boys, and bounced right across the lay-by over the hedge and across two lanes of the A876. That was the end of the Sunbeam.

Another Ford Escort was sourced for the 1981 season which would be Kenny’s best year in the sport, but not without incident. Perhaps it was down to his rallycrossing years, but Kenny never quite mastered the art of keeping the car on the road. He extracted maximum value from the Forestry Commission charges by using most of their ditches as well.

The Snowman Rally was a case in point. He finished 23rd o/a on an event in which he set one fastest time, one 2nd fastest, a 4th and two 5ths, but admitted to “3 minor offs” along the way. On the Hackle Rally he finished 8th o/a despite a puzzling misfire which was traced to one of the intakes trying to swallow the filter and then cowped it on the Blane Stages.

The car was refettled for the Jim Clark Rally where he was lucky to finish 7th o/a. As darkness fell his wiring loom burned itself out, but the crew managed to jury rig electrics and lights and carry on. On the Border Counties, he was lying 3rd overall at the half way point when one of the strut mounting caps came off and jammed the throttle open. Kenny finished the stage on the key and scored 7th o/a, just losing out on 6th by 2 seconds to Allan Arneil in a Chevette. There was more disappointment on the Mogil Motors stages. Kenny had invested in four brand new Michelin Nora tyres and then punctured one on the first stage. He was none too chuffed but still managed to finish 5th o/a on two Noras and two Klebers.

On the Arbroath Stages he finished 3rd, 8 seconds behind friend and rival Alastair McSkimming and that was despite the gearbox jamming when a circlip broke.

And then came the Trossachs. The clutch failed the night before the rally so it had to be stripped and repaired but a cracked bellhousing forced his retirement at the end of the third stage.

They managed to get the car out of the Garadhban test and stopped in Drymen where they chanced upon a hostelry. If Newton Mearns was the spam belt of Glasgow, then Drymen was the caviare country club. Now it has to be noted that Kenny was not the epitome of sartorial elegance, and you also have to remember this was in the days before fitted race suits and elasticated panels. Small in stature but big in personality, Kenny looked like a wee schooner in full sail while his co-driver, big John Stewart, looked like a double rigger. As for the service crew they wouldn’t have made the front window of an Oxfam shop. Furthermore they had trudged out of the woods in the mud and glaur seeking refreshment. The hotel manager took one look at this motley crew and said: “One drink and you’ll have to leave.” Needless to say, they made it last while the manager fidgeted.

Still, they managed to finish runners-up in Division 2 of the 1981 Esso Scottish Rally Championship, but the only ‘regret’ was that Alastair McSkimming won it! By the way, Malloch Nicoll was 3rd and Andrew Wood 4th that year.

Typical of the man, Jim Carty recalled being invited round to Kenny’s one evening for dinner. Jim and Frances duly turned up in their finery and walked round the house where the new dining room extension had been added complete with patio doors on to the terrace. As Jim and Frances were invited in they noticed that the dining room was bare, from floorboards to ceiling, and not a stick of furniture in sight. But sat in the middle of the floor was a brand new BDG, with the long suffering Marina remarking, “That’s the price of our dining room furniture sitting right there!” They ate in the kitchen.

It was tales like this that led to the creation of a name which has stuck, ‘the Wild Bunch’. Kenny, Jim Carty, Alastair McSkimming and Charlie Nichol were founder members and if you were in need of some far-fetched, but true rally stories, this bunch had them.

Kenny contested a few events in 1982 before giving up the sport to concentrate on business and family life, although he did have a couple more outings in Jim Carty’s Metro, the last of which was the 2005 McRae Stages Rally before the illness took hold.

This irrepressible bundle of fun and energy will be sorely missed, but by none more so than his wife Marina, his two children Yan and Gemma, and four grandchildren, as well as a whole host of family and friends. We can only offer them our thoughts and condolences at this sad time.

The Crematorium service will be a private affair, but there will be a Memorial Service in the Lesser Town Hall, 2 Crieff Road, Aberfeldy PH15 2BJ at 1.00pm on Monday 14th August.