You are here: Home » Features » 22 Dec: Interview with Yves Matton

How did Citroën’s return to the WRC come about? 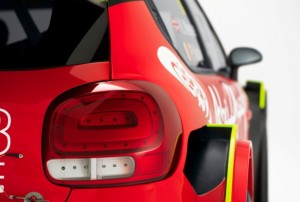 “The decision stemmed from several factors. We were coming to the end of a three-year cycle in the WTCC, just as the brand was preparing to launch a strategically important new product, New C3. At the same time, the FIA was in the process of putting together new regulations for the WRC. As the C3 matched the definition perfectly, well, everything just fell into place. This coming together of circumstances will help Citroën make the most of its involvement in motorsport.”

What are the challenges posed by the new regulations?
“At first glance, you could easily think that this is just a major upgrade to the previous regulations.
But it’s much more than that; the increase in engine power, the growing influence of aerodynamics and the return of the centrally controlled differential are the three major changes. We have applied our unique expertise on these three points, derived from our previous World Rally Cars and our recent experience in track racing. That has helped us to go quicker than we might otherwise have been able and above all, to go further in our thinking.”

How do you assess the work done since the start of the project?
“It’s fairly staggering. The timing was such that our development schedule was more compact than on any of our previous programmes. Even with our substantial experience, we couldn’t afford to lose any time in designing and developing the car. The team’s know-how ensured we were able to rack up the miles without any serious issues. Without this expertise, we would have been unable to stick to the schedule.”

Do you see any group B traits in the Citroën C3 WRC?
“The C3 WRC certainly recalls the cars that enthralled a generation of rally enthusiasts, including me. Thirty years on, fortunately everything has changed, especially in terms of safety. But the sense that the drivers will need to tame an aggressive, roaring beast is something that we will certainly see next season. When I saw Kris Meeke drive the car for the first time in testing, I said to myself that we had achieved our goal. There is an extremely spectacular side to this new generation of WRCs.”

Can these cars give new impetus to the WRC?
“The previous WRCs were often criticised for lacking aggressiveness at certain points. I think rallying remained spectacular in terms of the scenery and backdrop of the events, but the cars undoubtedly lacked a wild, crazy side. I think we’ll see that again now. I hope that the changes will stimulate interest among younger fans and will have a positive effect on the championship.”

What role has Kris Meeke played in the development of the Citroën C3 WRC?
“In a word, vital. We needed a leader, who had plenty of technical experience and knowledge in terms of development. Kris has been developing racing cars for the PSA Group for more than ten years. He is a trained engineer and that means he has been able to provide detailed analysis at certain points. He is undoubtedly one of the main reasons we were able to stick to the schedule and meet our goals.”

Why did you choose Craig Breen and Stéphane Lefebvre?
“To meet our first goal, which is to win rallies in normal racing conditions in 2017, we already had Kris under contract. He showed throughout the 2016 season that he is capable of fighting for victory on every surface. For the other crews, there were then two ways we could go. We could either go for an experienced driver with established pace, who might challenge Kris for the role of team leader. Or we could proceed in line with the vision of the brand, which is to have a different approach that puts faith in talented young drivers. Having said that, it’s also an approach that is entirely consistent with what Citroën Racing has been doing for more than twenty years. Craig and Stéphane’s results have shown that we have two very talented, promising drivers in our stable. So we decided to give them their chance. In the medium term, they are the future of the WRC.”

What are your ambitions for the next few seasons?
“In 2017, we want to win races in normal conditions, by beating our competitors. And then in 2018, our goal is to bring home at least one of the world titles.”

Does Citroën’s history in the WRC mean there is added pressure?
“When I read certain comments, I note that a lot of people are expecting the C3 WRC to be fast right from the word go. So we certainly have pressure on our shoulders. The team is perhaps not as well-established in this environment as before and we’ll need some time to settle back in. As ever, we won’t be getting carried away. We’ll treat this challenge with the respect it deserves.”