… The best engine ever designed by Citroën Racing … 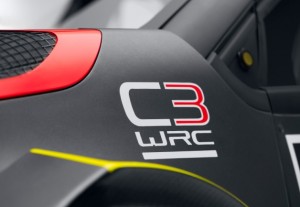 Citroën Racing has been developing and building its own engines since 2010, in line with the FIA Global Racing Engine (GRE) regulations. The architecture, based on a four-cylinder 1.6 litre direct injection turbo engine, allows manufacturers to use their technology across several championships.
For example, Citroën used its experience in the WRC to design the engine of the Citroën C-Elysée WTCC. And now, it’s the information and knowledge acquired whilst spending three seasons competing on the world’s racetracks that has been used to design the engine of the Citroën C3 WRC.

As with its two previous iterations, the Citroën Racing engine has been built using a machined, aluminium cylinder block. This finely crafted piece of metalwork must meet strict rules as regards minimum weight and the height of its centre of gravity.

The surge in performance expected in 2017 can be explained by one main factor: the wider turbo restrictor, which has increased from 33mm to 36mm. The power has been boosted by around 20% to 380bhp. However, the turbo pressure limit of 2.5 bars means that the torque remains relatively stable at about 400Nm.

Since a 36mm restrictor was already in use on the WTCC engine, the Citroën Racing engine specialists were able to get to grips quickly and confidently with the increased output and internal load. This head start has been used to study the slightest details in even greater depth. Alongside the chemical engineers from Total, in-depth work on reducing friction has helped to improve the engine’s output and efficiency.

More than ever before, reliability was a key concern for the engineers. With a quota of three engines per car for the season, the specification requirements are similar to those of the WTCC, where the powertrain has to last fewer kilometres, but at a higher speed.

“I think it is safe to say that the Citroën C3 WRC has the most acomplished engine we have ever built. Whilst competing in the WTCC, we were able to take a step back from our experience in rallying and that enabled us to tackle this challenge with a new outlook. The framework of the GRE regulations is strict, but it provides sufficient freedom for new solutions to be devised. We have very boldly opted for some very radical technological solutions, which I obviously won’t detail here. But we’re proud of the work we have done, especially on reducing friction. It’s all the more pleasing that these advances will one day be rolled out on our production models, across the entire Citroën range.” Patrice Davesne, Engine Manager

Increased chassis efficiency on all surfaces
The structural design of the Citroën C3 WRC is similar to that of its predecessors. The production body shell has been cut to accommodate the composite fibre rear spoiler, the roll cage, the transmission tunnel and the subframe supporting the chassis and suspension systems.

The C3 WRC is Citroën’s first World Rally Car to be based on a five-door silhoutte. The rear doors have been taken out, but this configuration nonetheless required substantial work on the car’s layout and ergonomics in order to find the optimum position of the crew, taking into account factors such as weight distribution, visibility and safety.

This final point remains a central concern for Citroën Racing’s engineers and FIA experts alike.
There have been no compromises regarding improving the protection of the crew, especially in the event of a side impact. The doors, for example, have now been reinforced with an additional composite fibre layer. They are a bit like a supercharged version of the AirBumps®. The interior of the doors are lined with a high-density foam that is designed to absorb energy, whilst the headrests of the bucket seats now come with new protective mouldings.

In terms of details, the 2017 regulations have added freedom in a number of areas. The most visible of these is the increase in maximum width, which has risen to 1,875mm (+55mm), providing more stable handling and new aerodynamic options.

A key component regarding traction is the suspension, and this area has undergone some substantial changes. Designed and built by Citroën Racing, the spring-shock absorbers are now tilted to increase travel. Among the major innovations introduced on the C3 WRC, the suspension geometry will be different between the car’s tarmac and gravel versions.

The four-wheel drive has also undergone a major change, with the return of centrally-controlled hydraulic differential. This system – used on the Xsara and C4 WRC – allows the front and rear axles to rotate at different speeds. By controlling the hydraulic pressure in the central clutch, it is therefore possible to transfer torque from one axle to the other in order to offset understeer and reduce any slippage. 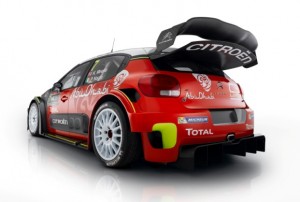 A muscular design
The Citroën C3 WRC’s muscular and unique design is immediately striking. Like the production of New C3, the WRC bristles with freshness end energy, backed by rugged strength.

The aerodynamic changes, made possible by the less restrictive regulations, actively contribute to the performance of the car. The downforce generated by the aerodynamic features help to increase the stability of the car at high speeds, whilst the air vents provide cooling for the engine, the transmission and the brakes.

Before settling on the final bodywork design, several versions were tested, as evident by the range of photographs taken over previous months.

The high-standing front end is strong and compelling, giving a powerful impression of robustness with a horizontally balanced outline right through from the middle. It also features Citroën’s characteristic two-tier front light signature, the double chrome bar underlining the chevrons that extends out to the LED daytime running lights. The centrepiece of the car’s aerodynamic performance, the bumper incorporates a splitter and winglets, which generate downforce and reduce understeer. The lower part is different on the tarmac and gravel versions. The air intakes supply cool air to the radiator, the turbo intercooler and the brakes. Hot air is expelled by the air scoops located on the bonnet and at the bottom of the front wings.

Looking at the side, the first detail you notice is the floating roof held by the black windscreen pillars. The Citroën C3 WRC’s protective function is shown clearly by the balanced proportion between body panels and glazed surfaces. Lower down, the vehicle stands out thanks to the wide body sills that channel the lateral flow of air. The air vents located on the rear doors are used to cool the brakes and similar to the front, hot air is expelled via the bottom of the wings.

The rear bumper has been carefully designed to boost the expulsion of gravel and snow on loose surfaces. These aerodynamic forms are echoed in the 3D rear lights, which lend a unique, high-tech identity to New Citroën C3. Crowned by the centrally-positioned exhaust pipe, the rear diffuser provides even further downforce by expelling the flow of air that passes underneath the car. 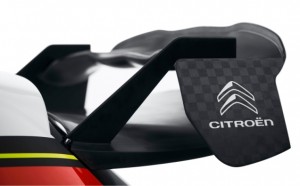 Lastly, a spectacular rear spoiler completes the aerodynamic system. It consists of a lower “shovel” and a more complex upper level. For increased efficiency, the spoiler assembly is set back and raised by 50mm compared with the previous regulations.

“The experience acquired with the Citroën C-Elysée WTCC has meant we didn’t have to start from scratch with this car. We tested solutions using CFD (Computational Fluid Dynamics) and then in the wind tunnel with a 40% mock-up. The results led us to devise new shapes, which we tested again several times. At the same time, we had to try parts on the car, to ensure they would last on the roughest surfaces. It’s a never-ending process. With more time, we would undoubtedly have made further progress and found even more performance.” Laurent Fregosi, Technical Director.