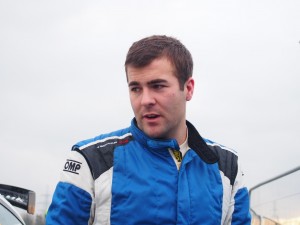 Aimed at those who know little or nothing about the sport, but would like to find out how to get started, both Thorburn and Armstrong are perfect examples of starting at the bottom and working their way to the top.

Although only 29 years of age, Euan Thorburn has achieved huge success in a career which started in 2004 when he contested his first ever stage rally in his Peugeot 205 in the Peugeot Ecosse Championship. This entry level formula for identically prepared 1.6 litre Peugeot 205s provided the starting point for many young rally drivers right across the UK. Since then, Thorburn has progressed through the sport with one of his most celebrated achievements being victory on the Wales Rally GB National event in 2013. 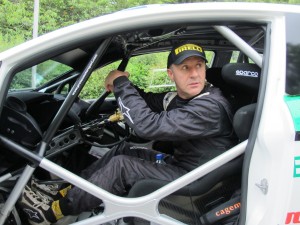 Jock Armstrong started his rallying car in a 1300cc Vauxhall Nova, but somewhat earlier than his friend and rival Euan Thorburn, as Jock’s first event was in 1989. Jock was just one of a number of hugely talented Scottish drivers in the early 90s ranked alongside Alister McRae, Dom Buckley and Callum Guy. Although he won the Shell Scholarship and a works Nissan drive, Jock opted out to concentrate on the family business returning to the sport he loves just three seasons ago, resulting in his victory in last year’s (2015) ARR Craib Scottish Rally Championship.

At the other end of the scale is Andy Struthers who will appearing at ‘GoRally’ with his entry-level Citroen C2 special stage rally car. Andy started in the Junior 1000 Champiosnhip for 14-17 year olds in a 1 litre Nissan Micra. His success in the Junior formula in 2014 earned him the RSAC Motorsport New Talent Scholarship for 2015. Last year the 17 year old contested numerous events in a ‘borrowed’ Citroen C2 while he built his own car for the Citroen C2 Challenge within the Scottish Rally Championship this coming year. 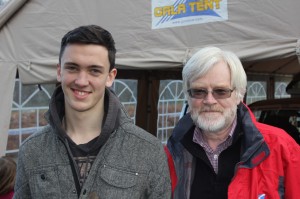 In addition to the stage rallying side of the sport, there will be a hands-on demonstration plus a table-top rally introduction to navigational rallying where drivers and co-drivers hone their skills in standard cars on less arduous, but mentally stimulating events. If you ever wondered what use a Grid Square or a ‘Hairy Line’ is, this is your chance to find out – just leave the SatNavs at home!

Hosted by the ‘Scottish Association of Car Clubs’ this unique event is being created primarily to attract and inform newcomers to the sport and those who wish to know more. On show will be a range of cars representing all forms of motor rallying, plus their drivers and co-drivers, ranging from beginners to national champions, who will be on hand to answer questions.

For those who wish to get involved in the sport at a non-competing level there will be the chance to talk to Rally Marshals, Safety personnel and Rescue & Recovery crews.

During the course of the evening, radio broadcaster and sports pundit Stewart Weir will interview rally stars and guests throughout the evening.

A free Prize Draw for all visitors will also be held on the night with the winner walking away with a Knockhill Rally Experience voucher and there will also be a £50 Voucher from Turner Autosport for second prize.