You are here: Home » Rally News » 06 May: Obituary – Lance Morrison 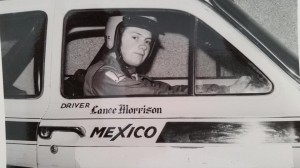 Many of you won’t recognise the name, but to a certain generation they will remember a rather reserved and polite young man in a pristine Escort Mexico. Lance Morrison passed away a few weeks ago (4th April).

He never set out to win a title or rule the world, he was typical of the mainstay of club rallying. A true clubman enthusiast who was there for the fun not the glory.

His first rallies were entered under the Airdrie Police Motor Club banner and when that was amalgamated in 1975, he became a member of Strathclyde Police Motor Club, and joined Lanarkshire Car Club where he was also well known.

His first rally car was a Mini Cooper S, bought from Mike Dickson (GUS 333) in the early 1970s, and which he rallied for three years before acquiring a Mk1 Ford Escort Mexico. Given the nature of his work with the Police he could never commit to a full championship season of events, but when he did appear he acquitted himself well. 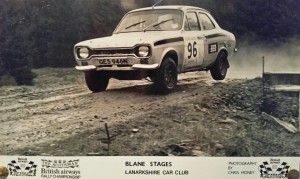 For instance on Lanarkshire Car Club’s Tom Dickson Cameras Rally in Argyll in 1981 he finished 5th in the 2 litre class in which a certain Andrew Wood was 2nd (Peter Holmes won it!) so he was quite handy.

In 1979 he purchased the ex Jim Howden Mk2, but only as a rolling shell and approached Charlie Nichol about sourcing an engine and gearbox. It just so happened that Jim Carty was without a car, but had a BDG and a ‘box and the two of them struck a deal to share the car. Charlie was surprised, not so much at the arrangement, but about what this nice young man was getting himself into. 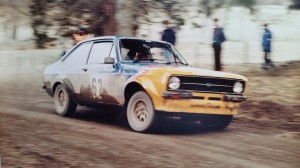 Jim Carty was friendly with Kenny Stewart and Alistair McSkimming, affectionately known to those within the sport as ‘the Wild Bunch’. Somehow the friendship survived despite the fact that Lance was very quiet, almost shy, but he mixed well with the tearaways. No doubt his Police training helped!

He competed on and off until 1983 when the Escort barrel rolled out of the Argyll Stages in 1983 at the end of the Glendaruel test. He had just completed the Rest & Be Thankful stage 6 seconds slower than Tony Pond in the then works development MG Metro 6R4 prototype which was running Course Car on the event. Co-driver John Stewart recalled that although the Escort drove out of the stage, the ‘shell was wrecked.

Thereafter he ‘retired’ from rallying to concentrate on his Police career becoming a senior driving instructor in the Traffic Division at Tulliallan. He still retained a strong interest in the sport and the last time many of us saw him he was marshalling at Glenbranter village (the Polis club members were always good for marshalling in sensitive areas!) on Lanarkshire Car Club’s Garelochhead Coaches Rally in Argyll in 2003.

He was diagnosed with cancer in 2005, but didn’t let it get him down taking up cycling and running and was a regular at the gym. At the end, it wasn’t the cancer that won, it was a perforation caused by the radiotherapy treatment. A very sad loss. Lance was one of the good guys.

Our sympathy and thoughts go out to his wife Claire, daughter Claire and son Phillip, his family and friends.