The following report is from last night’s (24th Feb) Scottish Association of Car Clubs meeting in Bridge of Allan. It’s quite a long report but if you have the interests of Scottish rallying at heart, then it should be of interest.

As Rob Jones (MSA Chief Exec) said: “To do nothing is not an option”.

The future of our sport is in our hands. Not only does the sport need more volunteers it needs more on-stage control. 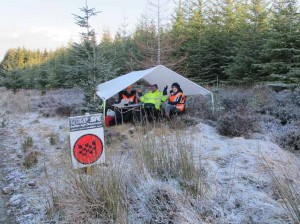 The lifeblood of our sport

Rallying needs more marshals, and for more marshals to attend more events. At present, many car club members turn out to officiate on their own home or local events, but don’t offer to help at neighbouring or other events. It would be entirely beneficial if we could encourage these people to officiate at additional events throughout the season.

The major task facing the SACC and its member clubs this coming year is how to attract more event organisers and marshals, and how to keep them.

The other big task is changing the culture of those attending events. We need to ensure that newcomers to the sport are aware of the dangers and where the safest places are to stand. We cannot rely on common sense and personal responsibility. We also need to get rid of the eedjits.

The minority is ruining it for the majority. Don’t stay schtoom, speak up . If you feel intimidated by some of the eedjits and their actions take photos and pass them on to the organisers. If these individuals can be identified then action can be taken.

And just in case you think our sport is unfairly under fire. It isn’t. According to the Scottish Government the actual future of the sport was never questioned.

But here’s a thought, what is the most dangerous sport in the world for spectators to attend?

Football. Not due to any action on the field, but due to unforeseen events and tragedies in the public areas and stands, places where folks would think they are inherently safe. Beside those statistics, motor sport has a surprisingly good record.

But that’s no reason for complacency, the potential for accidents to happen is always there and this has to be minimised and controlled as much as humanly possible. And therein lies the challenge. Ed.

Rallying must change. That was the message from a packed meeting last night in Bridge of Allan in Scotland. Hosted by the Scottish Association of Car Clubs, and chaired by Roger Reed, the meeting was called at fairly short notice to hear the views of the Scottish Government. Also in attendance were representatives from the Forestry Commission and the MSA. 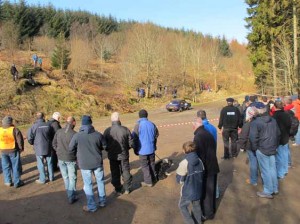 Over the last couple of years the sport of rallying has been in the spotlight for all the wrong reasons. The death of a spectator on the Snowman Rally two years ago followed by injuries to four spectators on the Granite City and then those two dreadful accidents on the Jim Clark Rally last year prompted the Scottish Government review.

Jacqueline Campbell and Rona Tatler who led the review team presented their findings. Although their final review document details 65 recommendations, not all are expected to be implemented immediately. The 2015 competition year should however introduce a process of transition in event planning and operation.

The Scottish Government review recognised: “There is an inherent risk in taking part or attending motorsport events and the role of the review is to recommend reasonable and proportionate measures that will manage risk,” and added that there is currently: “a lot of regulation and good practice but the two don’t necessarily match up.”

This was a point echoed by the Forestry Commission’s Head of Recreation , Alan Stevenson and their Health, Safety and Environment Manager, John Ireland. In fact, the Forestry Commission itself is undergoing change. Once regarded as one of the most dangerous industries in the UK in which to work, the FC has introduced its own new Health & Safety culture. According to a Health & Safety Executive Report two years ago: “Forestry is one of the most dangerous occupations in Great Britain. In the last 10 years, 38 people have been killed whilst undertaking treework.”

Alan Stevenson pointed out that forestry staff have to work with many different organisations such as walkers, birdwatchers and fishers, cyclists, orienteers and triathletes. Each forestry office has two ‘Operations Guidance Books’ which are consulted depending on which activity is being planned. OGB20 is for Motorsports and OGB42 is for leisure and recreation.

John Ireland added: “There is a big push within the Forestry Commission to improve safety over the next 10 years. Workers in this industry are 3 times more likely to be killed than in the construction industry.” He also highlighted the three main key areas (Machinery, Operation, People) of forestry work and compared rallying to their own methods of implementation.

The ‘Sport’ itself is safe with cars having roll-cages and fire protection and crews having helmets and suits. The ‘Events’ are safe because they are basically well organised with experienced officials, marshals and medical crews. But, as in any other workplace, the main issue concerns the management of ‘People’. He believes there needs to be a change of culture within rallying transforming the attitudes and behaviour of those who follow the sport.

Much has been done and achieved since then. However they also recognised good practice amongst the car clubs with whom they deal, but like the government safety review team, agree that more can be done working with regional forestry recreation managers working directly with motor sport clubs.

In fact representatives from most forestry regions were in attendance at this meeting to talk with their local car clubs, an action welcomed by the delegates. 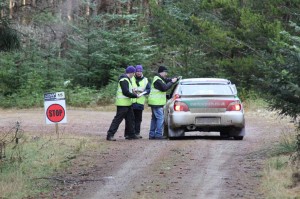 The final presentation was made by MSA Chief Executive Rob Jones who revealed that he met with the Review Team and the Forestry Commission ten days ago ahead of last night’s SACC meeting. This relationship will continue in the months to come as the findings of the review team will affect, and have to be implemented by, all special stages rallies across the UK.

Initially, a Safety Delegate will be appointed to work with each rally organising team. This SD will have the power to over-ride the Clerk of the Course to cancel a stage or cancel an event. Of equal importance is the need to attract, encourage, train, inspire and retain more marshals. Standardisation should also be encouraged with regard to safety plans and procedures across all rallies. A new feature of rally event safety plans will be the requirement to detail how many marshals are needed to safely manage a special stage. Should that number not be reached on the day, then the stage could be cancelled. 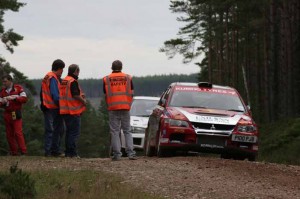 There are suggestions too that Safety and Spectator Control cars should have some form of standardised identification and that crews of such vehicles should also have training. This might also extend to competition crews having to receive basic First Aid instruction since they can be first on the scene of an accident in some case.

In conjunction with all of the recommendations is a need to try and change the culture of spectators. Rallying has long been regarded as a ‘free show’ which allows spectators to ‘get close to the action’ but there is a need to modify and change opinion and culture amongst those who are attracted to rally events.

Some sections of the media, particularly photographers, also came in for criticism and the MSA are seeking to introduce a more rigorous registration scheme. Where designated no-go areas are identified in the forests then that means everyone, marshals and media folk as well as spectators.

There was some additional encouragement too when Rob Jones said: “The MSA will support those senior officials who decide to cancel a stage or rally if spectator issues ’cause anxiety’. We will not censure any event organiser who is placed in this position.” He also added that new safety Guidance will be issued to all clubs shortly and that Marshals will have a place at Motorsport Council meetings.

However it must be said that all the main presenters and their respective organisations were at pains to stress that accidents will happen no matter how much planning and forethought is put into the organisation of any publicly attended sporting event. Current motorsports planning and organisation is already of a high standard, but more needs to be done and shared between regulators and organisers.

It was also reassuring to note that even at Government level, the future of the sport was never questioned, consultations and deliberations centred on a genuine desire to improve and protect.