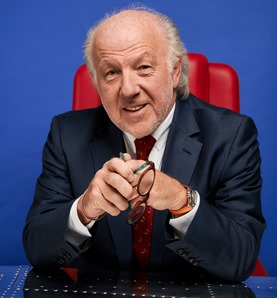 David Richards CBE, one of the motorsport industry’s most globally successful figures, has been selected as Chairman-elect of UK governing body the Motor Sports Association (MSA).

Richards will assume the position of Non-Executive Chairman from 1 January 2018, succeeding Alan Gow, who steps down on 31 December 2017 after 12 years in the role. The appointment follows a thorough process led by a professional search firm, in conjunction with a panel comprising Non-Executive Directors of the MSA.

As the next Chairman of the MSA Board, Richards will be responsible for the overall strategy and direction of the organisation, which represents approximately 30,000 competitors, 10,000 volunteer marshals and officials, and 750 clubs.

David Richards said: “Having started out as a competitor and more recently run my own teams in a wide variety of motor sport categories I’m honoured to be asked, at this stage of my career, to Chair the MSA. I’m really looking forward to this new challenge and trust that my 50 years of experience, in almost every facet of the sport, can now be put to good use.”

Alan Gow said: “I have known David, as both a friend and previous business partner, for over 25 years. I have no doubt David will take on this new role with great enthusiasm and I’m delighted that he is my successor.”

Richards is the founder and Chairman of Prodrive, an internationally successful motorsport and technology company employing more than 500 people in Banbury and Milton Keynes. Since 1984 Prodrive has won six FIA World Rally Championship (WRC) titles, running the Subaru Imprezas of legendary drivers such as Colin McRae, Richard Burns and Petter Solberg.

Prodrive has also won four MSA British Touring Car Championships and four Le Mans 24 Hours. It managed the BAR Honda Formula One team for three seasons in the early-2000s, achieving second place in the 2004 constructors’ championship, and is currently the driving force behind Aston Martin Racing.

Richards discovered his passion for the sport as a teenager, when watching the RAC Rally in Clocaenog Forest near his home in North Wales. He went on to compete in club level rallies, first as a driver before switching to the navigator’s seat. His crowning achievement as a competitor was co-driving Finnish legend Ari Vatanen to the 1981 WRC title aboard a Ford Escort RS1800. In 2005 Richards was appointed a CBE for his services to motorsport.