Citroën has won an incredible fifteen world titles over the last twenty-two years, between 1993 and 2015: five in the Cross Country Rally World Cup, eight in the WRC and two in the WTCC. Contributing to the renewal and growth of the company, and to developing a new Brand image, success in motor sport has become hard-coded in Citroën’s DNA.

As the 2015 season draws to a close, Citroën outlined plans for its next challenge, chosen to sustain values it holds dear: team spirit, pushing yourself to the limits and creativity. In line with the strategy defined by Carlos Tavares, Chairman of the PSA Peugeot Citroën Management Board, the Brand will concentrate its sporting commitments on a single worldwide programme. 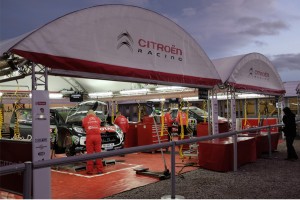 After an in-depth study of all the current motor sport categories, Citroën has chosen to compete in the FIA World Rally Championship. This may almost appear to be the obvious choice if you look at the Brand’s past success in the sport, but it is one which is above all focused on the future.

“With eight world titles and a record 94 wins, Citroën has certainly enjoyed unrivalled success in the WRC,” reiterated Linda Jackson, Chief Executive Officer of the Citroën Brand. “Rallying is a fascinating sport, which tests the performance, reliability and solidity of the cars and drivers in some magnificent settings. The category is taking off again, with increasingly widespread live television coverage and the arrival of China on the calendar in 2016. In 2017, the appearance of a new generation of cars, which are purported to be very attractive, will coincide with our renewed involvement. Everything will therefore be in place for us to write a new chapter in our history. Given the brand’s rich heritage, this challenge had to be ambitious. We will however be modest in our approach, gradually stepping up our objectives to the very top.”

Wider, more powerful and more impressive, with imposing aerodynamic features, the 2017 generation World Rally Cars will therefore succeed the cars that first appeared in 2011. This radical change in the regulations will enable Citroën Racing to compete on equal terms with its rivals, after devoting 2016 to development of the new model.

“We have never hidden our interest in the 2017 WRC regulations and the entire team is extremely motivated by this new challenge,” commented Yves Matton, Citroën Racing Team Principal. “We like the freedom granted to make the cars more spectacular, but also the possibility of reusing development work done on the Citroën C-Elysée WTCC’s engine. With a view to managing our resources efficiently, we have decided to focus all our efforts on designing and developing our new World Rally Car. This is why Citroën will not be competing in the 2016 World Rally Championship as a works team. We will obviously be keeping a close eye on the WRC, both with the organisation of the FIA Junior WRC and with the WRC2 programme for Quentin Gilbert, this year’s JWRC Champion*.”

A THIRD SEASON IN THE FIA WTCC

Citroën Racing does not however intend to stay out of racing altogether next year. Begun in 2014, the FIA WTCC programme will conclude at the end of a third season. The category leader since its arrival of the circuits of the WTCC, the Citroën Total team will be aiming to successfully defend its Manufacturers’ and Drivers’ titles. Two Citroën C-Elysée WTCCs will be entrusted to two drivers who have claimed six of the category’s last eight world titles*: the Argentinian José María López and the Frenchman Yvan Muller.

“Still determined to make the most of our resources, we will de defending our titles with a team of two works cars,” continued Yves Matton. “With the arrival of a new, ambitious manufacturer, we are expecting the competition to be even tougher next year. Pechito and Yvan are used to working together and making the success of the team their number one priority. Next year, they will need to be even more together to enable Citroën to conclude its programme successfully. Other Citroën C-Elysée WTCCs may be entered by the Sébastien Loeb Racing team for private drivers.”

“The last two years have undoubtedly been the greatest of my career. I am therefore delighted to be able to continue competing with Citroën Racing in 2016,” commented Pechito López. “We are going to keep working, all together, so that the Citroën C-Elysée WTCC remains the category’s leading car. And our goal is to defend our titles!”

“I’m proud to have taken part in building what is currently the best team in the FIA WTCC. I’m also honoured to be have been chosen to continue competing on behalf of Citroën,” added Yvan Muller. “We have to adjust to the new shape of the team, but we can count on the talent and experience of the team to maintain the same level of excellence.”

THE START OF A NEW ADVENTURE FOR SÉBASTIEN LOEB

Nine-time World Rally Champion with Citroën, Sébastien Loeb is also one of the most versatile drivers ever seen in the history of motor sport. 24 Hours of Le Mans, F1, GT, Pikes Peak and, of course, the WTCC all feature among the experiences of this prodigiously talented racing driver. For his next challenge, Sébastien Loeb has chosen to take on the Dakar Rally, alongside his long-time co-driver Daniel Elena and as part of the Peugeot Sport team. PSA Peugeot Citroën’s iconic ambassador, the Frenchman is switching from red to blue but with the change comes a new chapter that is about to begin.

“This marks the end of one chapter for me, but what I want to focus on today is my satisfaction at having participated in Citroën’s success in the WRC and WTCC,” stated Sébastien Loeb. “Apart from the figures and the records, we have shared some magnificent experiences together. It’s hard to believe that most of the members of this amazing team were already here fifteen years ago! I’ll miss their hunger for success and limitless motivation, but I won’t be far away… I’m staying within the PSA Peugeot Citroën group to take on a new challenge.”

“In the last fifteen years, Sébastien Loeb and Citroën have made history together. It has been an absolutely incredible period that will leaving a lasting mark in the world of motor sport. We would like to thank him for all these wins, titles and records, which have helped to renew the Brand and boost its international reputation,” emphasized Linda Jackson. “Sébastien is now about to embark on a new adventure with another brand in the group. We wish them lots of success together, starting with next year’s Dakar Rally.”