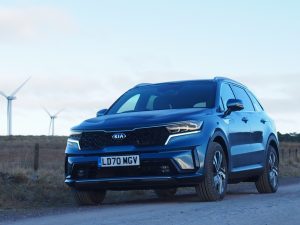 Surprise. That’s the first impression when you meet the new Kia Sorento for the first time. It’s just so bluidy good – apologies for the language but not the sentiment.

Part of the Hyundai Motor Group, Kia has come a long way since its introduction to the UK market. Thirty years ago it introduced the Kia Pride, a small perfectly acceptable boxy supermini which actually started life as a Mazda 121. Although regarded as a cheap and cheerful runabout, it actually stood up well to the other European supermini rivals even if it did look a bit dated. 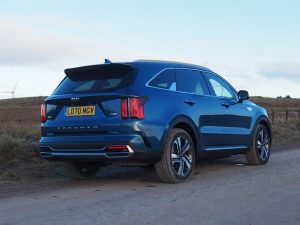 But back to the Sorento. Just like other manufacturers of large 7 seater SUVs trying to make a good looking, large slab sided machine is quite difficult and some manage the process rather well. You can include the Sorento in that category. There is just enough sculpting and detail highlights to take the blandness off its flanks but the new front grille is smart and the rear end makes good use of the latest lighting technology with its vertical tail lamps. It might not have ‘film star’ good looks but it is quite handsome.

The interior takes the ball game a whole stage further with beautiful diamond stitched leather seats, four of which are heated – the two in the front and outer two of the middle row. Underneath the powered tail gate, the two individual rearmost seats have easy single pull operation, juts don’t try and get your granny in the back though. 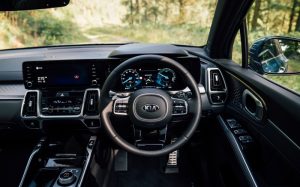 The dashboard initially looks a bit fussy with a twin dial dash dead ahead which extends to the central high mounted touchscreen. Below that are additional controls for heating and ventilation and underneath is the central console between the front seats. This also has a few storage binnacles and one central dial which controls the ‘Drive’ functions and six speed automatic gearbox.

The leather rimmed steering wheel also contains mores switches and controls plus a pair of finger tip paddles for manual gear selection behind the wheel itself. 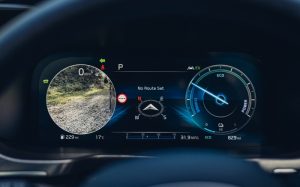 The dashboard has one more trick up its sleeve. The Sorento comes equipped with Kia’s Blind-Spot View Monitor (BVM) technology. When you push the indicator stalk ahead of a left turn, the speedometer dial on the left of the twin dials converts to an HD camera view of the blind spot behind on the nearside. It’s the same with the right turn indicator. When activated, the outer dial shows what’s behind on the off side. Yes, it’s a bit gimmicky, but it works., Even so I still found myself using the door mirrors! Habit? Or simply to be sure, to be sure?

For sure the car looks good and feels good inside but what’s a big 2 tonne car like this like to drive with a 1.6 litre engine? Fortunately, a lot better than you might think. The turbo boosted 4 cylinder unit pushes out some 226bhp. That’s good for a sub 9 second 0 to 60 sprint and a top speed of 119 mpg if you can ever find a place to try it. 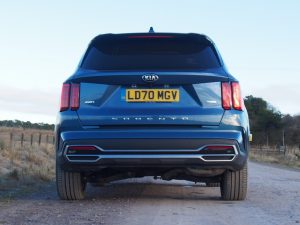 Ride comfort is excellent too and this would make an ideal grand tourer as well as everyday runabout and weekend gravel road warrior with its four wheel drive system. The only quibble I had was the auto ‘box was a bit slow, especially when slowing down on the approach to roundabouts or junctions and then spotting a gap in the traffic and trying to accelerate quickly to go for it. Only it doesn’t.

Sporty drivers will have to bear this in mind, but for the majority of folks it will be fine. This is a car for the more laidback driver who just enjoys a bit of comfort and let life overtake him or her in the fast lane.

Towing capacity is a wee bit of a disappointment too, limited to 1650 kgs, so perhaps not best suited for the folk who have to tow rally car pods and plant trailers and the like. 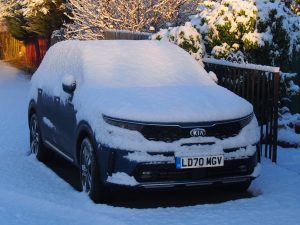 But what will really sell the car to buyers is the amount of kit packed into a machine costing around £47,000. Some of its equally well equipped rivals will cost ten or even 20 grand more! AND you get a 7 year Warranty.

Of course it sounds quite expensive, but look at what you get compared to what else is on the market. I really liked it. In fact it’s quite a grand place to sit and drive. 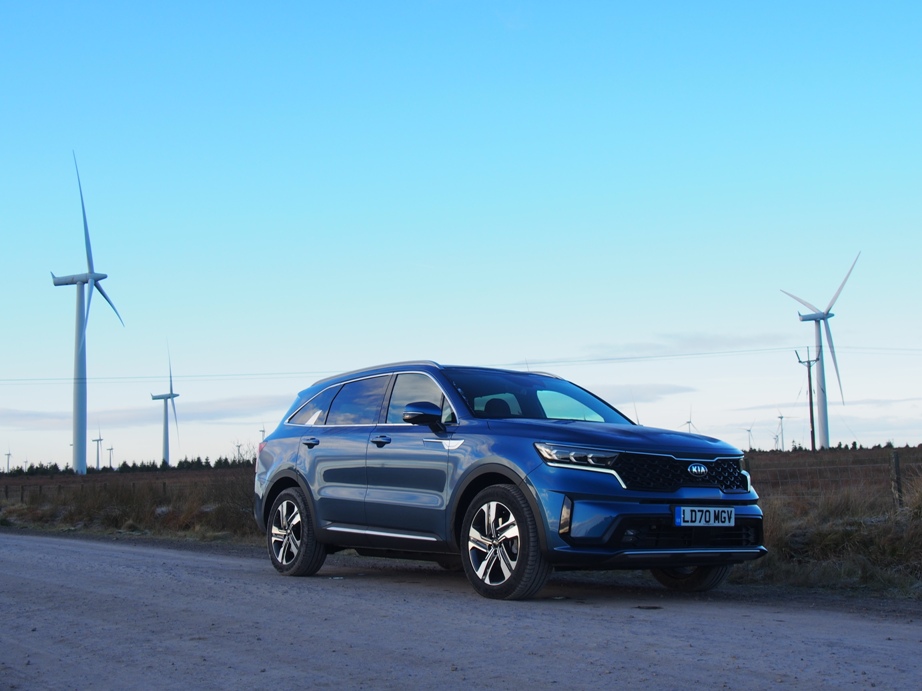