Toyota’s plans to compete in the World Rally Championship from 2017 are on schedule according to team principal Tommi Mäkinen. 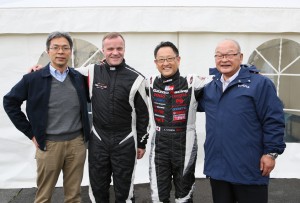 The four-time champion shared his views when he recently joined Team Chairman Akio Toyoda, Vice President Koei Saga and Toyota Motorsport President Toshio Sato at Fuji Speedway in Japan. The key representatives of the Toyota Gazoo Racing WRC team reaffirmed their shared goals and strengthened their commitment to making the project a success.

Akio Toyoda said: “When developing a rally car, it’s absolutely essential to remember to take the characteristics of the roads into account. You can’t just build a car on paper. Learning that lesson will really help us make ever-better cars, and it’s an area where we can learn a lot from Tommi. He’s practising that philosophy every day.”

Mäkinen commented: “I understand that this project may have seemed difficult to pull off given the relatively short amount of time we have to set it up. However, we have worked hard to build a structured, professional and responsive team. The efficiency of the people involved in the project has made it possible to stick to the initial schedule and meet our objectives. Obviously, there is a lot of work still to do but we are more than ready for that.”

Toyota Gazoo Racing appointed Mäkinen as team principal in July, in the strong belief that he has the skills to build an experienced team and a winning car. Already the workforce numbers more than 40 dedicated professionals, who are working around the clock.

The next important stage in the programme will be start of testing for the Yaris WRC car, from next spring. 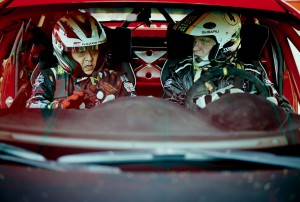 Is Toyota Motorsport GmbH (TMG) involved in this project?
Yes, TMG is a key partner for us. It is responsible for designing and producing the Yaris WRC’s engine, which will be an exclusively Toyota unit. We will therefore be working very closely together to make the Yaris WRC a formidable car.

Where will the Toyota GAZOO Racing team be based?
The team will be based in Finland and registered as a Japanese team. The workshops and design offices needed for our operations in 2016 are currently in Puuppola, where Tommi Mäkinen Racing is based. Our colleagues from Japan have been visiting Finland regularly to ensure that communication is frequent and effective. We are delighted to be running this project in a country where rallying is considered a national sport and a genuine source of pride. It is also an ideal place to develop our car, with many options for testing. However, we are looking at different options to accommodate a works team and its required facilities for 2017.

What do you think will determine whether this project succeeds?
Although Toyota is the biggest car manufacturer in the world at the moment, it’s also well-known for lean and efficient operation. I want our team to be the same. I want to have the same conquest feeling as we had with our small Mitsubishi team. You don’t need to have the biggest budget or team in order to win. The most important thing is relaxing and enjoying the experience, and sharing it with people who feel the same way. We want to show everybody that we love cars, and we also have fun working together – we want to do things the Toyota way. 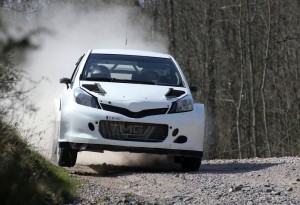 When will testing start?
Testing is due to start during spring 2016. An extensive schedule has already been drawn up to hold tests in Finland and around the world.

Have you finalised your team?
Our team is developing gradually, and several positions have yet to be filled. We are looking for people who are ready to work hard on this project and join a team that works like a big family. We are looking for people with strong characters and individual strengths, who at the same time are able to fit into the team.

Who will be driving for you in 2017?
We are in discussions with various drivers for 2017, bearing in mind that we hope to enter at least two, if not three vehicles into the championship.

Who are the key members of your team at this stage?
The team’s operations director is Lauri Riipinen, and our sporting director is Jarmo Lehtinen.
In our Technical Team, which is responsible for design and development, we have Michael Zotos, Tom Fowler, Mikko Ruoho, and Simon Carrier.