Kris Meeke Signs Up For Citroën Racing In 2014 … 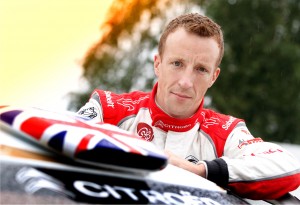 Citroën Racing is delighted to announce its line-up for the 2014 FIA World Rally Championship. Kris Meeke/Paul Nagle and Mads Østberg/Jonas Andersson will be the Citroën Total Abu Dhabi World Rally Team’s driver/co-driver pairings in the DS3 WRC next season.

Having won the World Rally Championship eight times between 2003 and 2012, Citroën Racing is to continue its involvement in WRC with two new high-potential pairings.

Kris Meeke came through the ranks of Citroën Racing’s promotional formulas, before driving a C2 Super 1600 for the brand in the Junior WRC. IRC Champion in 2009, the Northern Irishman has since made a return to the World Rally Championship. His two 2013 appearances saw him put in some impressive performances at the wheel of the DS3 WRC. 2014 will see these occasional outings give way to a full programme, as he becomes the first British driver to race a full season since Colin McRae’s 2003 swansong with Citroën.

“It’s an incredible opportunity,” said a delighted Meeke. “I’ve always been close to Citroën over the last few years. I’m really lucky to be able to work with a team that has so much experience and so many titles.”

“I have only competed in ten World Championship rallies in a WRC,” Meeke added. “I think I’ve got some potential, but I still need to get some experience under my belt. The Citroën DS3 WRC is a terrific car and I’m going to be able to use the team’s knowledge to help me improve. I know that I’ll have to be patient in the first half of the season and learn all about the rallies that I haven’t done before.”

Twenty-six-year-old Mads Østberg has already taken part in 65 WRC rallies and won the Norwegian Championship four times. With seven podium finishes to his name at world level, he notched up his first WRC victory at the Rally of Portugal in 2012.

“I am very happy and proud to be joining Citroën Racing,” explained the Norwegian. “We worked hard to get an official driver’s spot. After so many years watching Citroën win, it’s a dream come true to be part of this team.”

“Competing is the most important thing,” added Mads. “And even though I don’t know the team or the car yet, I can recognise the worth of the guys and the Citroën DS3 WRC. Of course, I’m joining Citroën Racing to get some good results and to try and win some rallies. I’ve always shown that I could be quick. I know that the standard in the World Rally Championship is exceptionally high, but I want to be competitive!”

Like last year, Khalid Al Qassimi will take part in a selection of World Championship rallies. The driver from Abu Dhabi will line up for the races in Sweden, Portugal, Italy and Spain and will concentrate on taking part in the entire Middle East rally Championship.

“Our team line-up for the 2014 season is in keeping with our ambitions,” concluded Yves Matton, Managing Director of Citroën Racing.

“Kris Meeke and Mads Østberg have followed very different career paths, but both of them are on the cusp of making it into the very top class of world rally drivers. After an initial phase of learning and getting to know each other, our goal will be to help them to improve and turn them into real contenders for victory.”

Full details of Citroën Racing’s entire rally and track racing programme for 2014 will be revealed on Monday 16 December, at a press conference in Versailles, France.