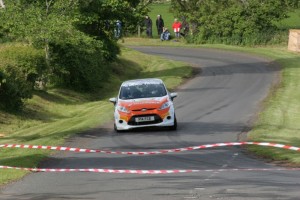 In a landmark development for Welsh motor sport, new laws facilitating closed-road events came into force today (2 February), following a long campaign by the MSA and the motor sport community.

The MSA spent several years campaigning for a change in the law to allow local authorities to suspend the Road Traffic Act for authorised motor sport events, without requiring individual Acts of Parliament. New enabling legislation commenced in England on 10 April 2017.

Dolgellau’s Elfyn Evans, FIA World Rally Championship (WRC) driver and winner of the 2017 Dayinsure Wales Rally GB, welcomed the news as a huge boost for motor sport in his home country. Evans said: “Wales has some of the best driving roads in Europe and this initiative will provide the perfect platform to showcase the very best of the Welsh countryside. With the success of events like Dayinsure Wales Rally GB, Welsh motor sport is very much on the up and this will only encourage even more visitors to our region.”

Ken Skates, Cabinet Secretary for Economy and Transport, said: “Wales is home to a dynamic automotive sector with an annual turnover of some £3 billion and this is an excellent opportunity to inspire people to become a part of automotive and engineering industries in the future. I also recognize how such events can boost local, often rural, economies through increased tourism and hospitality, and offer community opportunities such as volunteering.”

Rob Jones, MSA Chief Executive, said: “It’s no understatement to say that this development will literally change the landscape of Welsh motor sport, providing opportunities to take the sport to new areas of the country on closed public roads. Wales is already recognised globally for its motor sport heritage and this development will add significantly to the country’s pre-eminence in the sport.”

Paul Loveridge, Chairman of the Welsh Association of Motor Clubs (WAMC), said: “We believe that Wales has a lot of roads that would lend themselves to this new closed-roads legalisation. It creates the opportunity for Welsh motor sport to really flourish and we look forward to exploring ideas for new events and initiatives over the coming the months and years.”